China's U.N. envoy said on Thursday that Beijing does not want to see North Korea carry out a new nuclear test, which is partly why China vetoed a U.S.-led bid to impose new U.N. sanctions on Pyongyang over renewed ballistic missiles launches. 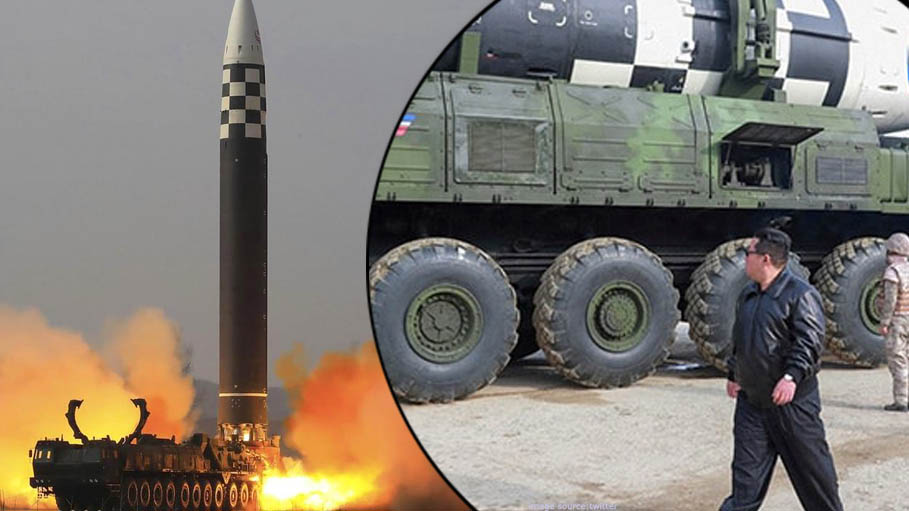 United Nations: China's U.N. envoy said on Thursday that Beijing does not want to see North Korea carry out a new nuclear test, which is partly why China vetoed a U.S.-led bid to impose new U.N. sanctions on Pyongyang over renewed ballistic missiles launches.

But Ambassador Zhang Jun warned against making presumptions on how Beijing might react at the United Nations if North Korea goes ahead with its first nuclear test since 2017. Washington has warned such a test could happen at "any time" and it would again push for more U.N. sanctions.

"Let's see what will happen, but I think we should not prejudge what will happen with a nuclear test," Zhang told Reuters, two weeks after China and Russia vetoed imposing more U.N. Security Council sanctions on North Korea.

"The denuclearization is one of the key goals of China," Zhang said. "We do not want to see another test."

The double veto publicly split the 15-member Security Council for the first time since it started punishing Pyongyang in 2006. The body has steadily - and unanimously - ratcheted up sanctions over the years in a bid to cut off funding for North Korea's nuclear weapons and ballistic missile programs.

However, in recent years China and Russia have been pushing for an easing of sanctions on humanitarian grounds - and in the hope that North Korea can be convinced to return to negotiations with the United States on giving up its nuclear weapons.

"Only with dialogue we see the improvement in the situation. With sanctions, we see the further deterioration," Zhang said. "Our basic position is very clear - sanctions don't solve the problems."

North Korea has carried out dozens of missile launches this year, including intercontinental ballistic missiles, breaking a test moratorium it self-imposed after North Korean leader Kim Jong Un met then-U.S. President Donald Trump in 2018 for the first of three meetings. The talks failed to make any progress.

Zhang has urged Washington to ease unilateral sanctions on North Korea and end joint military exercises with South Korea in a bid to revive talks with Pyongyang. The United States says it has repeatedly reached out to North Korea, but received no response to its offer of talks without preconditions.

"To the U.S. we are telling them to take concrete actions and to be engaged in dialogue. We are also telling our DPRK friends to really be engaged in serious dialogue with the United States," Zhang said, referring to North Korea's formal name - the Democratic People's Republic of Korea (DPRK).

Zhang said it was not "mission impossible" to restart talks between North Korea and the United States.

"The United States is the number one superpower in the world. If the United States wants to engage in dialogue with anyone in the world, it's not a difficult thing," he said. "It's up to DPRK to make their decision, but definitely our willingness is there."