Ten members of crisis-hit Sri Lanka's Commonwealth Games contingent in Birmingham have disappeared in a suspected attempt to remain in Britain, a top sports official from the island nation told AFP on Sunday. 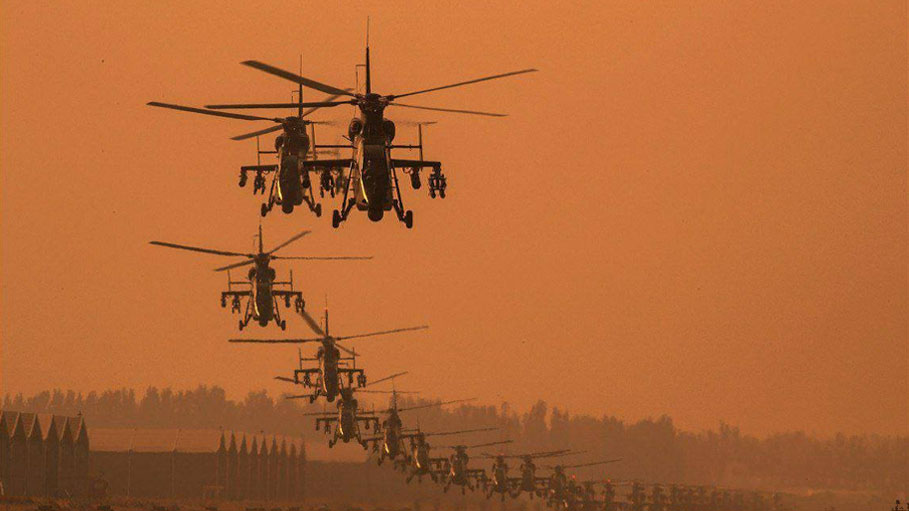 Beijing: The Chinese military, on the last day of its largest-ever military exercises to vent out its anger over US House Speaker Nancy Pelosi's visit to Taiwan, carried out island saturation attack drills in the Taiwan Straits, amid global concerns of a full-scale attack to annex the breakaway island which Beijing claims is part of its territory.

The PLA on Sunday proceeded with the plan and continued realistic combat-scenario joint exercises in the sea and air space around the island of Taiwan practicing island capturing drills and bomber deterrence flights in Taiwan Strait, a rehearsal for real operation, state-run Global Times reported.

While there is no official announcement here on ending the drills, reports said the PLA is reviewing the impact of the unprecedented war games involving all wings of its military as questions remained about its next move, heightening Beijing's dilemma over the future course of action.

In the last four days, the Chinese military flew hundreds of planes, drones and fired missiles with different ranges which Taiwan termed as "simulated attacks" and appealed for international help.

China also suspended a range of defence and military exchanges with the US besides imposing sanctions on Pelosi as part of a slew of countermeasures to protest against her trip to Taipei on Tuesday and Wednesday that infuriated Beijing, which saw it as a violation of the "one-China" policy.

China claims Taiwan as part of its territory and has threatened to annex it by force if necessary. The two sides split in 1949 after a civil war, but Beijing considers visits to Taiwan by foreign officials as recognising its sovereignty.

Taiwan's Ministry of National Defence emphasised that its military was surveilling the situation and had dispatched aircraft and ships to respond accordingly.

The Taiwanese military, which has mobilised its forces to retaliate in case of any offensive moves by the PLA, on Sunday rejected reports that a PLA warship sailed near the coast of its eastern county of Hualien during a major war game around the island, labelling it as "disinformation".

In a statement, it said Chinese official media reports of a PLA warship "entering our territorial waters close to Hualien...are disinformation and the public should not be deceived by it and our forces have been faithfully carrying out their duties to safeguard the security of the country".

The statement came after state news agency Xinhua on Saturday released a photo showing a PLA marine monitoring a Taiwanese frigate, along the coastline of Taiwan.

The Taiwanese military also tweeted a video of one of its destroyers, Magong, watching the movement of Chinese naval frigate Maanshan. "Security can be found where we are as our sailors patrol our territory night and day and uphold our sovereignty," it said.

The PLA said the exercises took place in the waters and airspace off the northern, southwestern and eastern coasts of the island in the last four days.

The military has tested its capabilities for striking targets on land and sea with the support of an integrated military system, it said.

The PLA's navy and air force units also cooperated in reconnaissance and assault exercises, it said.

Facing rare public criticism at home for not being able to stop Pelosi's visit to Taipei despite high voltage rhetoric, China carried out the heaviest mobilisation of its naval, air force and missile forces to carry out targeted bombardment in the busy Taiwan Strait, a lifeline of transportation of vital cargo shipments since Thursday, the day after Pelosi left Taiwan.

The visit of Pelosi, the top US leader in 25 years to visit Taiwan, came at a politically sensitive time as President Xi Jinping who is set to complete second five-year term this year is widely expected to continue in power, unlike his predecessors who retired after a 10-year tenure.

The third term for Xi, 68, is widely expected to be endorsed by the once-in-a-five-year Congress of the ruling Communist Party of China (CPC), which is expected to be held in the next few months.

China apprehends that Pelosi's visit will open floodgates for similar visits by world leaders, especially from Japan and the European Union (EU), undermining the credibility of its claims over the island whose majority population preferred to remain independent.

Chinese experts said tensions triggered by Pelosi's Taiwan visit will continue to mount, but military conflict over the issue is unlikely.

"Confrontation will [escalate] but a conflict is still unlikely, even as the suspension of military communication has surely made prevention of incidental clashes more difficult," Shi told the Hong Kong-based South China Morning Post on Sunday.

On Thursday, after the Chinese military began four days of intensive live-fire drills around Taiwan, the Pentagon said its Japan-based aircraft carrier USS Ronald Reagan would be extending its scheduled deployment in the Western Pacific.

"We will conduct standard air and maritime transits through the Taiwan Strait in the next few weeks, consistent, again, with our long-standing approach to defending the freedom of the seas and international law," national security spokesman John Kirby said.

"And, we will take further steps to demonstrate our commitment to the security of our allies in the region, " Kirby said, the Post reported.

Chinese Foreign Minister Wang Yi warned Washington on Saturday not to "stir up a bigger crisis", after the US announced it would take "further steps" by sending aircraft and warships to the waters near Taiwan in the coming weeks.

The PLA has also announced month-long drills in the Yellow Sea facing South Korea, where the US troops are stationed.