China's coronavirus cases hit a seven-month high on Tuesday, after a cluster at a test site helped drive up numbers as the Delta variant challenges Beijing's grip on the pandemic. 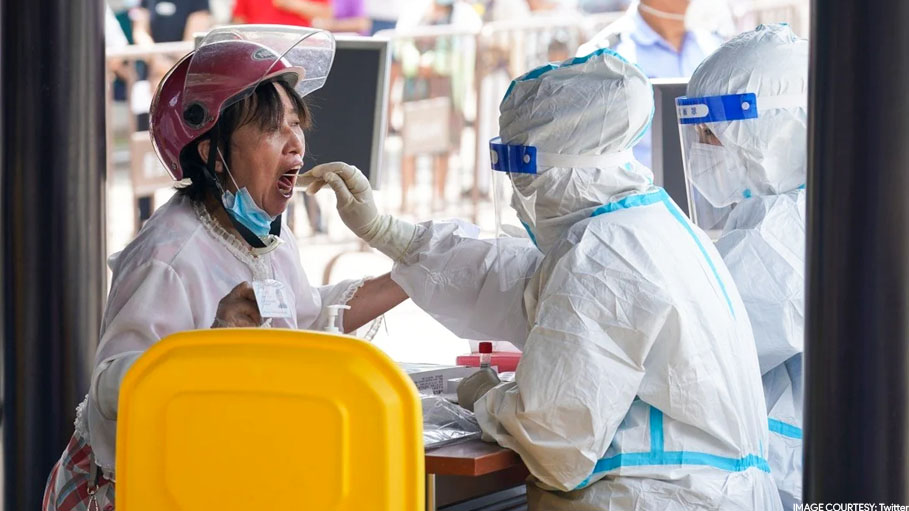 Beijing, China: China's coronavirus cases hit a seven-month high on Tuesday, after a cluster at a test site helped drive up numbers as the Delta variant challenges Beijing's grip on the pandemic.

State media has described the current outbreak -- which has sparked local lockdowns, mass testing and travel restrictions -- as the most severe since the virus emerged in the central city of Wuhan.

Authorities had brought domestic infections down to virtually zero, allowing economic activity to rebound albeit with tight border restrictions.

But now, cases are rising.

Dozens of cases in recent days have been linked to a Covid-19 testing site in eastern Yangzhou city.

In a sign of the anxiety over even relatively minor outbreaks, several officials have been issued warnings for mishandling mass testing, which city authorities said allowed the virus to spread.

Yangzhou city authorities said "a small number of party members and cadres have yet to perform their duties properly".

The city of about 4.6 million people has so far conducted five rounds of widespread testing, collecting 1.6 million samples in an attempt to stamp out the spread.

The latest surge started after infections among airport cleaners in neighbouring Nanjing city sparked a chain of cases across the country.

Tuesday's numbers are the highest since January, when the country logged 144 new cases and 126 domestic infections, mostly in the northern regions.

Authorities are now working to shore up confidence that the latest resurgence is controllable.

"We have successfully contained the epidemic in Guangzhou, and the epidemic in Nanjing is gradually being put under control," the official Xinhua news agency cited infectious diseases specialist Zhang Wenhong as saying.

SEE ALSO:
No Covid Cases in Beijing, Shanghai after Millions Locked in Homes

China is Only Country Sticking to Zero-Covid Policy with Lockdowns