Emmanuel Macron may have seen off far-right leader Marine Le Pen, but his second term could be even rockier than the first with mounting political opposition and boiling social discontent. 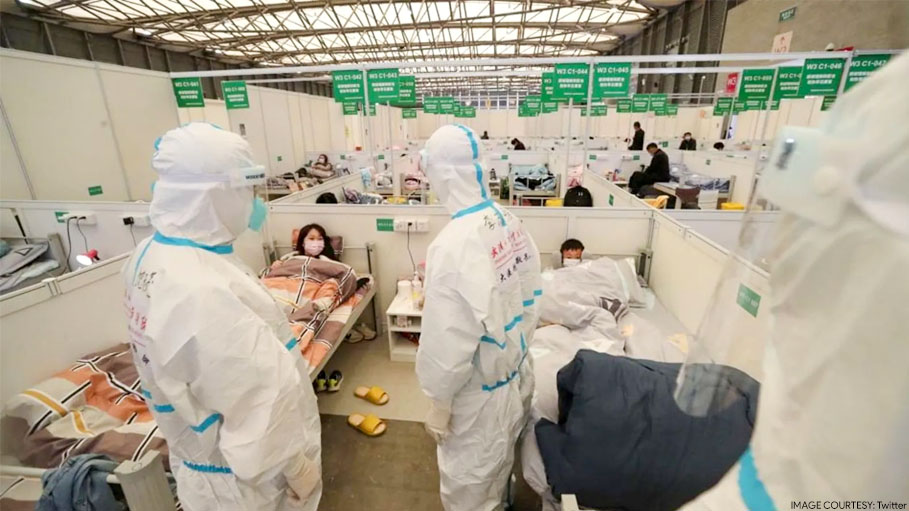 The world's second-largest economy has been struggling to stamp out its worst outbreak in two years with a playbook of harsh lockdowns and mass testing as it sticks to a strict zero-Covid policy, taking a heavy toll on businesses and public morale.

The cosmopolitan business hub of Shanghai has been almost entirely locked down since the start of the month, snarling supply chains, with many residents confined to their homes for even longer as it became the epicentre of the outbreak.

China's biggest city only announced its first fatalities from the outbreak on April 18, despite reporting thousands of cases each day in recent weeks.

The city of 25 million has struggled to provide fresh food to those confined at home, while patients have reported trouble accessing regular medical care as thousands of health staff were deployed for Covid testing and treatment.

Health officials have warned of the particular risks of Covid to the country's older and largely unvaccinated population, saying the average age among fatalities in Shanghai's outbreak was 81.

Five of those who died had been vaccinated, though authorities have said the deaths involved people who had severe underlying diseases and who were in critical condition.

Doubts have been raised over the efficacy of China's homegrown vaccines, and Beijing has not imported any foreign-made jabs.

Censors have battled to scrub an online backlash against the prolonged lockdown in Shanghai, including the rapid censorship of a viral video by residents outlining their daily challenges to eat and access essential services.

On Saturday evening, a residential building fire sparked fear and criticism on social media, given that many exits in compounds have generally been sealed as part of Covid controls.

Meanwhile 22 more infections were reported in Beijing on Sunday, with the capital locking down one downtown housing compound as officials warned the situation was "grim and complex".

Health official Pang Xinghuo said preliminary observations suggested Covid had been "spreading invisibly" in the city for a week, "increasing the difficulty of prevention and control".

Nearly a quarter of Beijing's active cases are people over 60, and half of the infected seniors have not received Covid vaccines, Pang said.

The populous eastern district of Chaoyang said it would expand Covid testing, adding that it had indefinitely banned extracurricular in-person classes or sports activities.

Many of the capital's fitness studios and gyms had already cancelled classes or closed.

Beijing has also imposed tight controls on entry to the city, with travellers required to have a negative Covid test from within 48 hours.

People who have travelled to cities or counties where just a single Covid case has been reported in the past two weeks are barred entry.