China to Join Russia in Military Exercise, Throwing a Challenge to US

The exercises are important from the point of the view, that it is taking place at a time when the relationship between the US, Russia, and China has grown into a friction which includes mounting sanctions and the trade war. 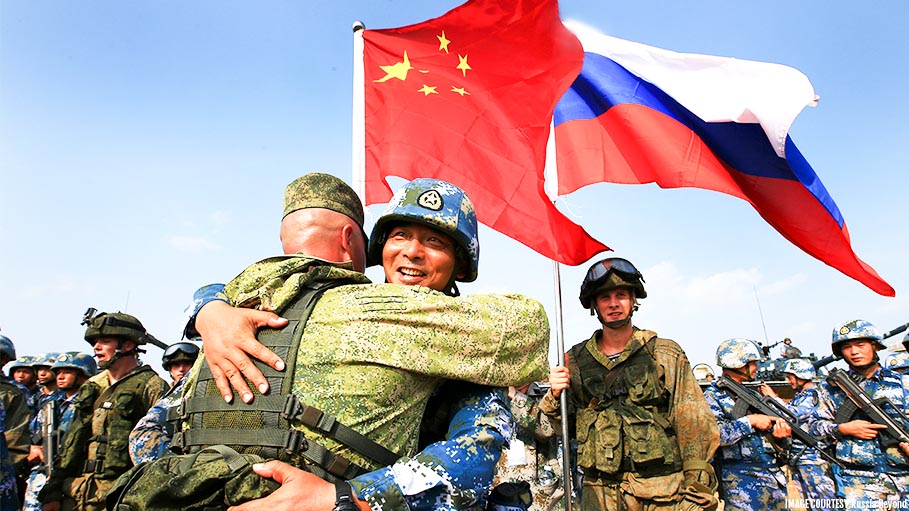 China is soon joining Russia in the giant military exercise, throwing a challenge to the United States, which has designated Beijing and Moscow as the revisionist powers.

The five-day Military Exercise will be starting from 11th September, named Vostok 2018, the exercise is bigger than the Zapad- 81, which was carried out by the former Soviet Union in the year 1981 in Eastern Europe. Apart from Russia and China, Mongolia will be third country participating in this mega-exercise.

The Vostok 2018 is going to involve a jaw-dropping of 300,000 troops. They will be engaged in mock operations, which will involve more than 1000 military aircraft, two of Russia’s naval fleets and all its airborne units will be in full operation, Defence Minister of Russia, Sergei Shoigu confirmed recently. The drills will take place at the Tsugol training range in trans Baikal region of Russia, where around 36,000 military vehicles will participate.

China is going to send its 3,200 troops, with more than 900 pieces of weapons and 30 fixed-wing aircraft and helicopters, to participate in the live-fire strikes and counter-attack training during the joint military exercise. The information is confirmed by state-run Xinhua News Agency quoting China's Defence Ministry.

The exercises are important from the point of the view, that it is taking place at a time when the relationship between the US, Russia, and China has grown into a friction which includes mounting sanctions and the trade war.

In January this year, the National Defence Strategy has declared Russia and China as the principal strategic challenges for the United States, while presenting the strategy, the U.S. Defence Secretary Jim Mattis has also called China and Russia, “revisionist powers that seek to create a world consistent with their authoritarian models”. Mattis also stressed, “great power competition, not terrorism, is now the primary focus of U.S. national security”.

Mark Sleboda, the Russian Foreign Policy Expert has said that the exercise is, “a clear indication to the U.S. that it's a response to their national security strategy, as well as a response to US and NATO posturing in the South China Sea, in the Taiwanese Straits, as well as the permanent stationing of troops that we are seeing on Russia's western border”.

Russia’s National Defence magazine clearly mentioned in its editorial that the escalating pressure exerted by the United States on Russia and China is not good, it wrote, “such military drills show that America's attempt to contain Russia and China will not work”.

So, clearly speaking the military exercise is a show of strength by Russia and China to the United States and the message is clear that we are together, throwing a challenge to the US, whatever you may think of yourself, your sanctions and restrictions won’t work on us.