Chinese National Arrested in US on Spying Charges

Ji Chaoqun has entered the US on a student visa to study electrical engineering in 2016. He was asked to provide information on engineers and scientists, including US defense contractors, which he is suspected to have collected. 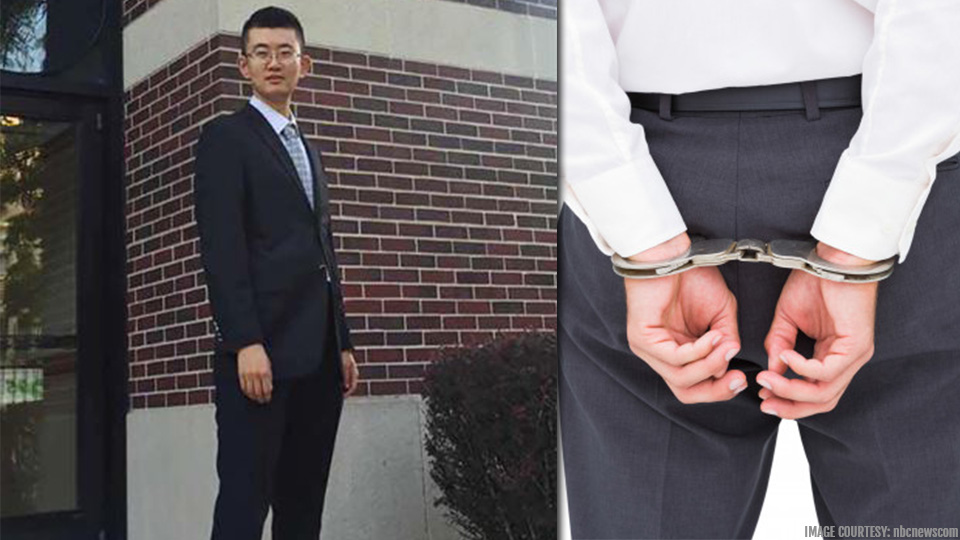 To add fuel to the fire of the relations between the two nations which is already soured by bitter trade restrictions and sanctions by either side and election interference accusations, the United States now has arrested a Chinese national accusing him of working as a spy for China.

He was asked to provide information on engineers and scientists, including US defense contractors, which he is suspected to have collected. He is also accused of collecting information on eight such individuals, including his fellow Chinese nationals working in the US.

Ji Chaoqun has entered the US on a student visa to study electrical engineering in 2016. Subsequently now as a student of electrical engineering at the Illinois Institute of Technology in Chicago, Ji is also enlisted in the US Army Reserves under a program in which foreign nationals can be recruited if their skills are considered “vital to the national interest”.

After his arrest, he is charged with acting as an agent of a foreign government and thus the trail has begun. If found guilty of knowingly acting on behalf of the Chinese government, Ji will face up to 10 years behind bars.

The arrest of the Chinese national has also come at a time when Washington and Beijing are locked in a major trade dispute. The US and China have already slapped import tariffs and imposed sanctions worth billions of dollars on each other’s goods entering each other countries, which has also stalled the trade negotiations to resolve the dispute.

Recently, Chinese Vice Commerce Minister Wang Shouwen has said that it is impossible for Beijing to negotiate, while Washington continues to impose punitive measures. After the US imposed $200 billion tariff on Chinese goods, Wang Shouwen said, “Now that the US has adopted this type of large-scale trade restrictions, they're holding a knife to someone's throat. Under these circumstances, how can negotiations proceed?”.

While US President Donald Trump has accused China of interfering in the US elections "by attacking our farmers, ranchers and industrial workers," who are the core of Donald Trump’s vote base. Though China has vehemently denied all these allegations.