"Real Intention is to...": Chinese State Media on Travel Curbs by Other Nations

Chinese state-media said the Covid testing requirements imposed by several places around the world in response to a surging wave of infections were "discriminatory", in the clearest pushback yet against restrictions that are slowing down its re-opening. 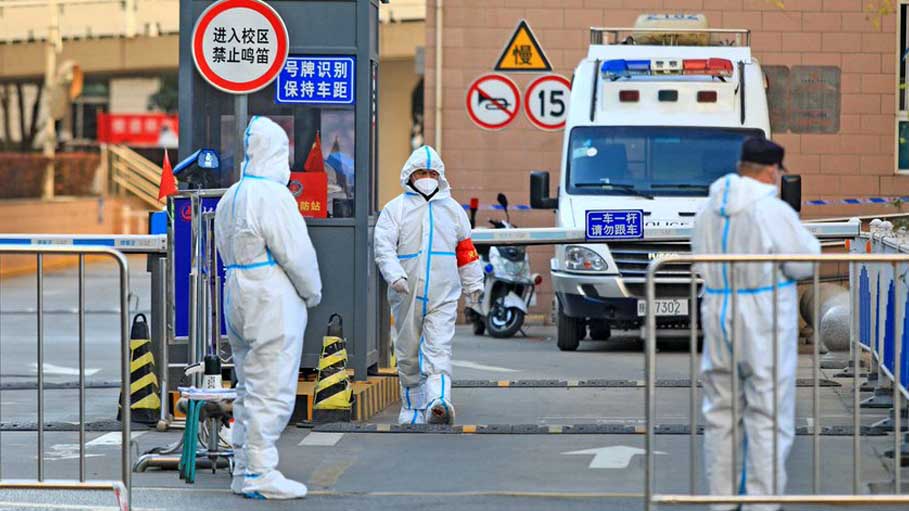 Beijing: Chinese state-media said the Covid testing requirements imposed by several places around the world in response to a surging wave of infections were "discriminatory", in the clearest pushback yet against restrictions that are slowing down its re-opening. Having kept its borders all but shut for three years, imposing a strict regime of lockdowns and relentless testing, China abruptly reversed course toward living with the virus on Dec. 7, and a wave of infections erupted across the country.

Some places have been taken aback by the scale of China's outbreak and expressed scepticism over Beijing's Covid statistics, with the United States, South Korea, India, Italy, Japan and Taiwan imposing Covid tests for travellers from China.

"The real intention is to sabotage China's three years of COVID-19 control efforts and attack the country's system," state-run tabloid Global Times said in an article late on Thursday, calling the restrictions "unfounded" and "discriminatory."

China will stop requiring inbound travellers to go into quarantine from Jan. 8. But it will still demand a negative PCR test result within 48 hours before departure.

Italy on Thursday urged the rest of the European Union to follow its lead, but France, Germany and Portugal have said they saw no need for new travel restrictions, while Austria has stressed the economic benefits of Chinese tourists' return to Europe.

Global spending by Chinese visitors was worth more than $250 billion a year before the pandemic.

The United States have raised concerns about potential mutations of the virus as it sweeps through the world's most populous country, as well as over China's data transparency.

The US Center for Disease Control and Prevention is considering sampling wastewater from international aircraft to track any emerging new variants, the agency told Reuters.

China, a country of 1.4 billion people, reported one new COVID death for Thursday, same as the day before - numbers which do not match the experience of other countries after they re-opened.

China's official death count of 5,247 since the pandemic began compares with more than 1 million deaths in the United States. Chinese-ruled Hong Kong, a city of 7.4 million, has reported more than 11,000 deaths.

UK-based health data firm Airfinity said on Thursday around 9,000 people in China are probably dying each day from Covid. Cumulative deaths in China since Dec. 1 have likely reached 100,000, with infections totalling 18.6 million, it said.

China's chief epidemiologist Wu Zunyou said on Thursday that a team at the Chinese Center for Disease Control and Prevention plans to assess fatalities differently.

The team will measure the difference between the number of deaths in the current wave of infections and the number of deaths expected had the epidemic never happened. By calculating the "excess mortality", China will be able to work out what could have been potentially underestimated, Wu said.

China has said it only counts deaths of Covid patients caused by pneumonia and respiratory failure as COVID-related.

The relatively low death count is also inconsistent with the surging demand reported by funeral parlours in several Chinese cities.

The lifting of restrictions, after widespread protests against them in November, has overwhelmed hospitals and funeral homes across the country, with scenes of people on intravenous drips by the roadside and lines of hearses outside crematoria fuelling public concern.

Health experts say China has been caught ill-prepared by the abrupt U-turn in policies long championed by President Xi Jinping. In December, tenders put out by hospitals for key medical equipment such as ventilators and patient monitors were two to three times higher than in previous months, according to a Reuters review, suggesting hospitals across the country were scrambling to plug shortages.

The world's second-largest economy is expected to slow down further in the near term as factory workers and shoppers fall ill. Some economists predict a strong bounce back from a low base next year, but concerns linger that some of the damage made by three years of restrictions could be long-term.

Consumers may need time to recover their confidence and spending appetite after losing income during lockdowns, while the private sector may have used its expansion funds to cover losses incurred due to the restrictions.

Heavily indebted China will also face slowing demand in its main export markets, while its massive property sector is licking its wounds after a series of defaults.