Sridevi, the Padma Shri Awardee died late in the night reportedly due to cardiac arrest in Dubai. The death raises several questions. 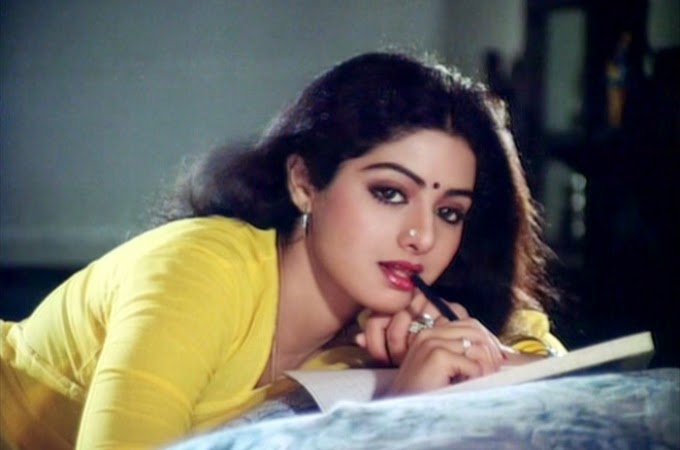 Working on various cutting-edge technologies and covering technology columns for long, it’s normal for me to hunt for innovations and breakthroughs in my area of interest. But I was so shocked beyond imagination and so deeply moved by the news of Sridevi’s untimely death that I could not gather up courage enough to delve into anything else this morning. And next minute I found myself probing deeper into the high profile, glamorous and glitzy life of the actress whose name now gets prefixed with Late, such is the irony of life I wondered.

Journey from Child Actor to Superstar

l believe the actress was a school in herself. Her vibrant voice, typical accent, unique dialogue delivery, her expressive eyes and serenity will be imprinted on the minds of every fan for years, and so I say she passed on, not away. She created her own niche in Hindi and various South Indian language film industries. The actor became a star in the late 80s and a superstar by early 90s. In a career spanning over four decades, she gave several hit films including Chandni, Mr India, Lamhe, Khuda Gawah, Himmatwala and Sadma, among others. The versatile actress took a 15 years long break and made a triumphant return to films in 2012 with English Vinglish, a great commercial success, proving to her fans that the superstar in her is still alive. Her next film was Mom, followed by Zero, which is also her last movie, scheduled to be released on December 21 this year, in which she will be seen in a special appearance.

The Padma Shri Awardee died late in the night reportedly due to cardiac arrest in Dubai, where she had gone along with her family to attend her nephew Mohit Marwah's wedding. While some of her family members returned from Dubai after the wedding, Sridevi stayed back. Not certain whether Boney and her younger daughter Khushi too stayed back because Sanjay, Boney’s brother had barely reached Mumbai when he got the shocking news and left for Dubai again to bring the mortal remains. Her elder daughter Janhvi did not accompany the family due to her shooting schedule.

As news of her death is spreading, fans are gathering at her Mumbai residence to convey their heartfelt condolences. Social media is getting flooded with messages about her films, dance numbers, famous dialogues and so on.

It’s a shock that a person who leads such a healthy life, takes care of her diet and fitness meticulously, would succumb to a cardiac arrest. But when somebody dies due to a sudden cardiac arrest, it could be due to a heart attack or certain rhythm disturbances of the heart. Though initial report came stating Sudden Cardiac Arrest as the cause of Sridevi’s demise, postmortem and forensic Reports have not yet arrived.

Was it Demand of the Showbiz World?

Whether it was the Showbiz or the Society, there was constant demand that the Veteran actress stay slimmer or look younger, flaunting a wrinkle-free skin than a plus 40 or a plus 50 woman needs to be; hence the frequent surgeries, botox, liposuction, crash diet, rigorous workouts, dance sessions, just to keep on fighting against the biggest truth, increasing age. Sridevi used to make continuous visits to Clinic in Southern California. It must have been so tough for her, what tremendous pressure she must have been under.

Was it Love for External Beauty or Lack of Self Esteem?

She seemed to be in so much love with her external looks that she started losing on self esteem. She kept on getting offers from top cosmetic surgeons and there was no pause. She felt uncomfortable with her own face, she rushed and did a lip job. She put her beautiful face under the scalpel, just because it was not impressing her anymore. She had become a mannequin for whoever would care to dress her. In fact, she had her blood and flesh sucked out, so that she could fit into the best of haute couture.

My connection with Sridevi was as much as that of any fan, though I was seriously affected by her role in Sadma. I always loved her sparkling large eyes, so full-of-life expressive smiles and heart-winning giggles. But when the beautiful Sridevi made a comeback in English Vinglish, I was looking at an extremely sad version of her that perhaps we all loved in movies like Chandni, Khuda Gawah, Mr. India to name a few. It was evident that she was not her natural self, rather wearing a plastic smile only to camouflage the eyes gazing at her all through.

Can there be a Foul Play, was it Destined or Planned?

Why did the iconic Sridevi die just before her daughter Jhanvi’s debut movie release, just like her hubby Boney’s first wife Mona died a few weeks before her son Arjun Kapoor’s debut release? Is there a possible connection?

Sridevi married Boney in 1996 when she was at her best. But in almost all public appearances with her hubby, she was seen clinging tightly onto his left arm. I remember wondering, what was her insecurities. She was herself an established superstar, an undoubtedly good and effortless actor, not to ignore her God gifted twinkling eyes and exceptionally beautiful looks. In fact, in films she looked and played roles so comfortably at ease with herself that we believed she was born for the silver screen. And then she gave up movies, why?

Well, maybe she wanted to prove to the world that she was a devoted wife, a dedicated mother  of two daughters or was she compelled to leave, who knows?

Even though she didn't do movies for fifteen years, she couldn’t move away from the camera and public attention. She kept struggling to look younger and maintain her ethereal beauty. Her close friends, co-stars and well-wishers say she was a good, caring and loving person, then why did her end come in this way? Away from home and loved ones, in an alien land, so unprepared or was she so obsessed with her external appearance that she ended her own life?

It would have been so nice and different if she would have let herself grow naturally into her own older, even more beautiful self. We would have admired her just as much.

I believe the Bollywood queen had died long time ago when she gave up acting at the peak of her career, the extremely gorgeous, enthusiastically hard working, naturally talented and God gifted Sridevi. Will she ever know how much we loved her then and how much we miss her now?