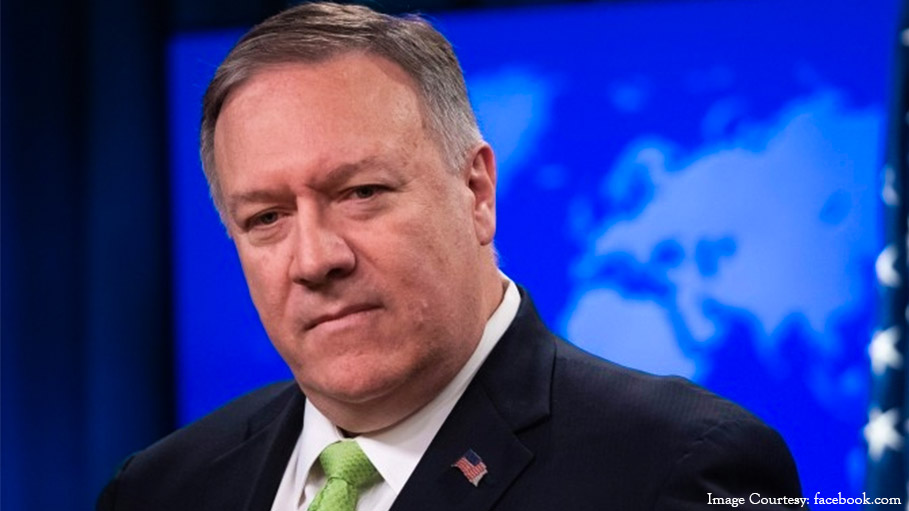 China and US are at loggerheads on a variety of issues including Hong Kong national security law, the South China Sea, the novel coronavirus and trade

US Secretary of State told Fox News: "It could be their facial recognition pattern. It could be information about their residence, their phone numbers, their friends, who they're connected to. Those are the issues that President Trump has made clear we're going to take care of. These are true national security issues. They are true privacy issues for the American people," he said.

Pompeo's remarks come after President Donald Trump said that the US will be banning Chinese video-sharing app TikTok.

The US State Secretary said: "They're true privacy issues for the American people and for a long time, a long time, the United States just said, well goodness, if we're having fun with it or if a company can make money off of it, we're going to permit that to happen.

"President Trump has said enough and we're going to fix it. And so he will take action in the coming days with respect to a broad array of national security risks that are presented by software connected to the Chinese Communist Party," he said.

In July, Mike Pompeo had said that the Trump administration was considering a ban on access to the TikTok application over privacy concerns.

The US politicians have repeatedly criticised TikTok, owned by Beijing-based startup ByteDance, of being a threat to national security because of its ties to China.

Earlier this month, expressing concern over TikTok's censorship of user content to advance the Chinese Communist Party's (CCP) foreign policy aims, a set of 25 US Congressmen and Congresswomen urged Trump to "take decisive action to protect the American people's privacy and safety".

China and US are at loggerheads on a variety of issues including Hong Kong national security law, the South China Sea, the novel coronavirus and trade.

In June, India had banned 59 Chinese mobile applications including TikTok, WeChat, and Helo with a view of the threat to the nation's sovereignty and security.