The Codeine cough syrup epidemic in Nigeria that has been ravaging a number of families since the last year gets a thrilling twist. Recently, BBC agents went undercover to expose the culprits, specifically the cough syrup dealers. 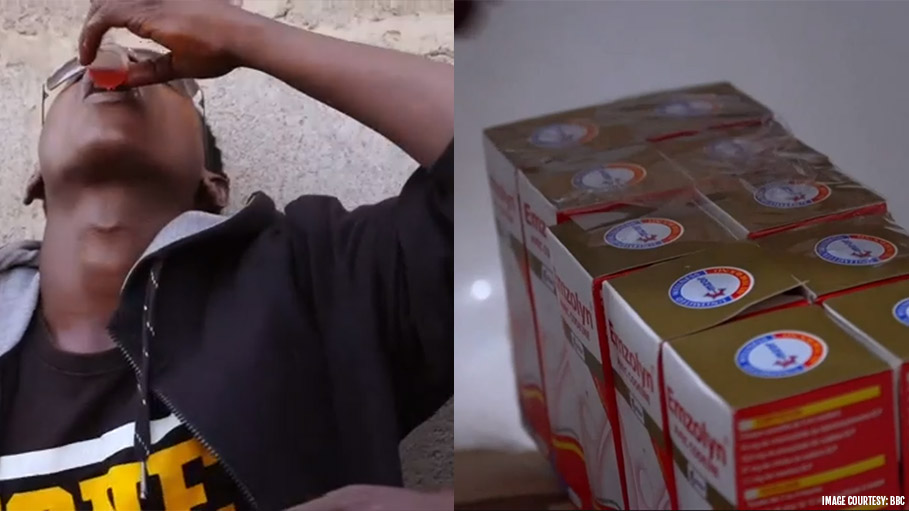 The Codeine cough syrup epidemic in Nigeria that has been ravaging a number of families since the last year gets a thrilling twist. Recently, BBC reporters went undercover to expose the culprits, specifically the cough syrup dealers.

The drug menace that’s spreading terror across Nigeria is known by Codeine. Codeine, a cough syrup that is consumed to treat a sore throat in general, has turned into an incorrigible addiction amongst the youths. Such cough syrups which are not supposed to be sold without an authentic prescription is easily accessible to the Nigerian youths in abundance. For the addicts, consuming 3-4 bottles in a day is no big deal, if not more.

In October 2017, the Nigerian Senate called for an investigation to stop the growing abuse of Codeine cough syrup. Mr. Bashir Garbai (APC - Borno) said, “the new cancer ravaging the women and girls in the North”. The statement is true and highly alarming! The undercover investigation by BBC Africa confirms this via a short video that has been uploaded on their official site, a few hours ago.

The video titled “Sweet Sweet Codeine” exposes one of the cough syrup sellers who sold 60 bottles of Codeine to the BBC undercover journalist assuming him to be a drug dealer. During the initial conversation that happened in a restaurant the seller revealed, people at times come to him to get the syrup without any money and they are even ready to “drop their car keys” to “satisfy the urge”.

The pharmaceutical company name that surfaced in the time of the undercover exploration is Emzor. Emzor is one of the largest pharmaceutical companies in Nigeria that manufactures the cough syrup. The man in the video who sold the cough syrup told the BBC undercover reporter that the bottles are freshly baked from “Emzor factory”. According to Emzor the man doesn’t have access to huge amount of Codeine syrup and therefore, is now under investigation.

Although the reasons behind the drug epidemic in the Northern half of Nigeria are often cited as lack of proper education, poverty, hopelessness, depression; Codeine is victimizing lives belonging from middle class to upper middle class families. The BBC undercover investigation video unravels how young population is enjoying the cough syrup mixing it with soft drinks.

Rehab centers, as featured in the video are placing their best foot forward to help some addicts get rid of the Codeine enslavement. Addicts there are kept chained and can be observed displaying abnormal behavior. Click on the page link to watch the full video: https://www.bbc.com/africa.

Neither the cough syrup addiction a new issue, nor the drug dealing in African countries. But the Codeine epidemic has become a social concern. It is so widespread that the Rehab Officer Sani Usani tells BBC that no one is safe. The addiction is spreading from “one home to another”. Is there an end to this lethal craving? The future of mankind seeks an answer!