According to Greenpeace, companies like Coca-Cola, PepsiCo and Nestle were found to be the biggest contributor of plastic trash in the world. 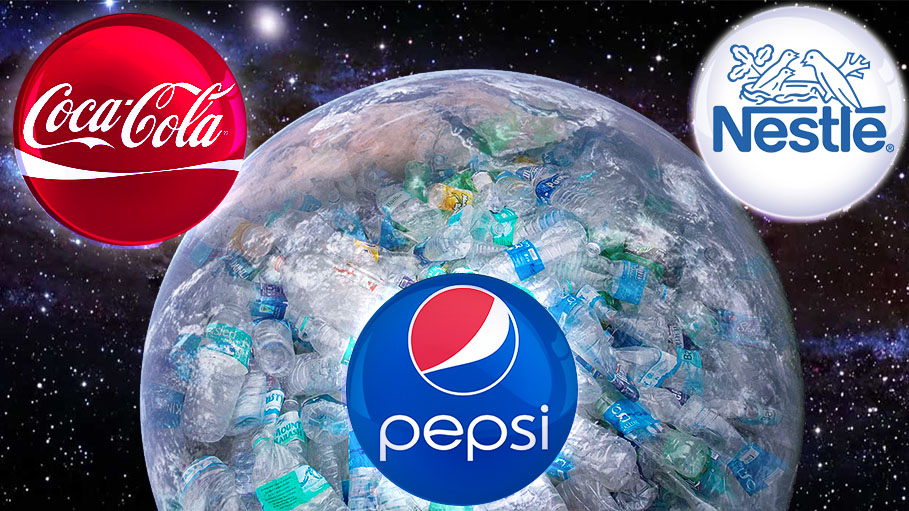 So, next time when you are buying a bottle of cold drinks, think for once whether you are not the one who is contributing to the mounting plastic pollution of the world, as according to Greenpeace, companies like Coca-Cola, PepsiCo and Nestle were found to be the biggest contributor of plastic trash in the world.

Greenpeace is working with the Break Free From Plastic movement and accordingly, it has organized 239 plastic cleanup campaigns in 42 countries across the world, which also resulted in the audit of 187,000 type of plastic trash. The aim was also to get a clear picture of how large companies of the world contribute to the problem of pollution.

During the campaign, Greenpeace has found, Coca-Cola, the world’s largest soft-drink maker, was the top plastic waste producer with its brand Coke plastic trash found in 40 out of the 42 countries, where the cleanup campaigns were organized.

According to Von Hernandez, global coordinator for Break Free From Plastic, “These brand audits offer undeniable proof of the role that corporations play in perpetuating the global plastic pollution crisis”.

During the campaign, it is also found that the most common type of plastic used is polystyrene which is used for packaging cold drinks and foam coffee cups. Polystyrene is followed closely by PET, which is used in bottles and containers.

In a statement, Coke said, “We share Greenpeace’s goal of eliminating waste from the ocean and are prepared to do our part to help address this important challenge”. The company has also promised to collect and recycle its bottle or can by 2030.

World’s largest food and drink maker, Nestle has said that it has acknowledged the issue and is working hard to eliminate non-recyclable plastics. It also said that it is also exploring different packaging solutions, which will facilitate recycling and eliminate plastic waste.

Apart from the commitment of the companies, it is also the responsibility of every one of us to think about the planet we live in.