Raju Srivastava, one of the most well-known names in the comedy and film circles, died on Wednesday morning at the All India Institute of Medical Sciences (AIIMS) after 41 days in hospital. 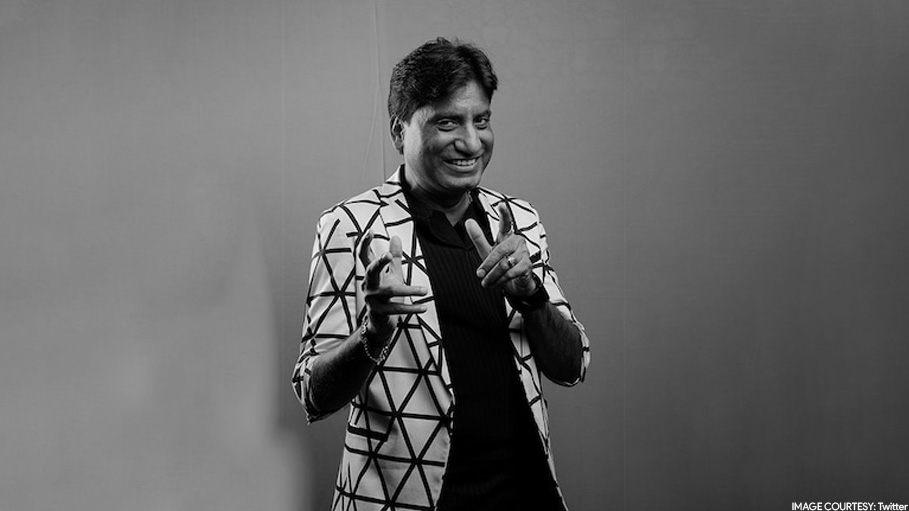 New Delhi: Popular comedian and actor Raju Srivastava was on Thursday cremated in the presence of family and close friends in Delhi.

The 58-year-old comedian, one of the most well-known names in the comedy and film circles, died on Wednesday morning at the All India Institute of Medical Sciences (AIIMS) after 41 days in hospital. He was admitted to AIIMS following a heart attack while working out at a Delhi hotel gym on August 10.

Srivastava's body were taken to his residence in the South West Delhi locality Dwarka, after they were handed over to the family yesterday.

An ambulance decked up with white flowers left for the Nigambodh Ghat crematorium at Kashmere Gate around 9 am for the funeral, which also had veteran poet-humorists Surendra Sharma and Ashok Chakradhar in attendance.

Srivastava's son Ayushmaan performed the last rites as per Hindu rituals around 11 am, the comedian's younger brother Dipoo told Press Trust of India.

"We left from the house in Dwarka at about 9 am for the funeral. Our family members from Kanpur and Lucknow are here," he added.

Industry colleagues Sunil Pal and Ahsaan Qureshi, director Madhur Bhandarkar and singer Ram Shankar along with hundreds of fans also reached the venue to pay last respects to the comedian.

"It was heartwarming to see so many of his fans and colleagues come here to pay tribute to Raju bhai," said Dipoo.

The family has yet to decide the venue for the prayer meet, he further said.

Srivastava, who joined the BJP in 2014 after a stint with the Samajwadi Party, was adept at finding humour in characters struggling with everyday difficulties.

Born in 1963 in Kanpur to Ramesh Srivastava, a government employee and a humour poet, and homemaker mother Saraswati, Srivastava was first noticed for his resemblance to megastar Amitabh Bachchan and later became popular for his observational stand-up sketches in and around his hometown.

Srivastava is also survived by wife Shikha and daughter Antara.