Hundreds of Indian students and UK-based Indian-origin families have been sent into a mode of confusion and panic with India being added to Britain's COVID-19 travel "red list", which imposes a ban on entry to the country for all except British or Irish residents. 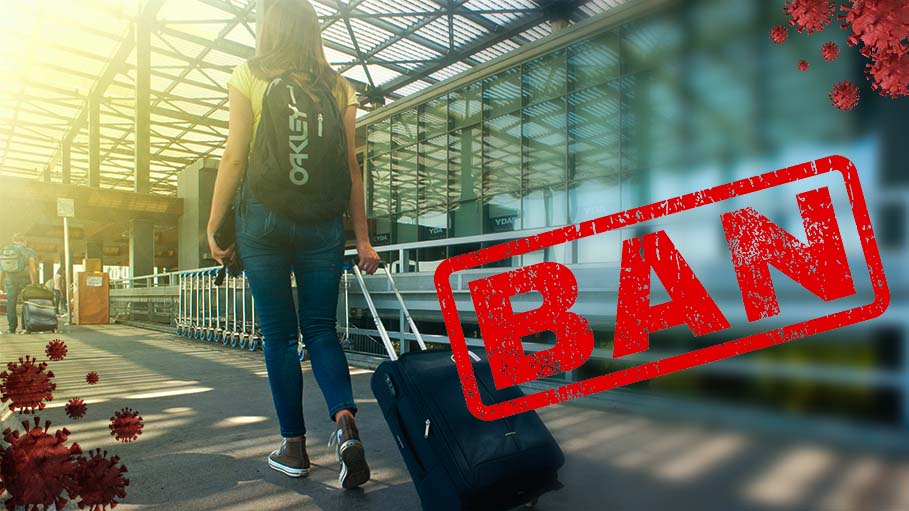 London: Hundreds of Indian students and UK-based Indian-origin families have been sent into a mode of confusion and panic with India being added to Britain's COVID-19 travel "red list", which imposes a ban on entry to the country for all except British or Irish residents.

The red list status, which is effective from 4 am local time on Friday, came amid a spike in coronavirus infections in India and also resulted in British Prime Minister Boris Johnson cancelling his planned visit to New Delhi next week.

The ban means that those with valid residency rights returning to the UK after the deadline on Friday face the additional financial burden of compulsory hotel quarantine and tests costs, estimated at around 2,000 pounds per person.

"There's a fair amount of confusion in the Indian community about the rules and what these mean for them. Significant concern is being raised about the cost of quarantine as well as how the new restrictions impact student eligibility for the Graduate visa route for which they need to be in country by particular dates," said Sanam Arora, Chair of the National Indian Students and Alumni Union UK (NISAU-UK), a representative group for Indian students in the UK.

"Students were due to travel for their final semesters or indeed for new terms commencing in May. We have urgently written to the Home Office to clarify all these concerns and queries," she said.

The foremost concern among students is that they receive their valid residency permits only on arrival in the UK, which throws their eligibility to enter the UK on a valid visa into doubt.

The Home Office had already extended the deadline period for the physical campus presence requirements for students to be able to apply for the new Graduate or post-study work visa later this year. However, many are now not only concerned if that extension will suffice but also the added financial burden that the quarantine requirements add to their planned costs.

"I was aware of the risks when I planned this trip but the hype and panic doesn't help. It's just so stressful," said one British Indian who had travelled to be with family and now finds herself stranded in the Delhi curfew.

India's addition to the travel "red list" was announced in the House of Commons on Monday amid 103 cases recorded in the UK of a new variant of coronavirus first detected in India. UK Health Secretary Matt Hancock told MPs that the decision had been made after studying the data and on a "precautionary basis".

The Opposition Labour Party questioned the minister about details around the transmissibility and vaccine response of the so-called Indian variant B.1.617.

"A new double-mutation variant is reportedly more potent, and dozens of cases have been detected here in the UK, too. To assuage community concerns, will the Health Secretary clarify that our vaccines are effective against this new variant," asked Labour's Tanmanjeet Singh Dhesi.

Hancock responded: "We simply do not know that. We are acting on a precautionary basis.

Jonathan Ashworth, shadow health secretary and MP from Leicester - a city with a large Indian diaspora population, raised concerns about his constituents with ties to the region who would need to return to their homes.

"I hope that there will be support and help in place for constituents such as mine who are legally in India and want to return," he said.

Meanwhile, scientists are divided over whether the Indian variant indeed is more serious than some of the other variants.

"This variant has a couple of potentially concerning mutations but these are probably not as serious as some of the mutations present in the variants first seen in Kent, South Africa and Brazil," said Dr Jeffrey Barrett, director of the COVID-19 genomics initiative at the Wellcome Sanger Institute in London.