The US-based ConsenSys, a leading blockchain technology firm, has set its sights on India. Precisely the same time the government of Andhra Pradesh in India has come forward to bolster the state’s blockchain ecosystem. 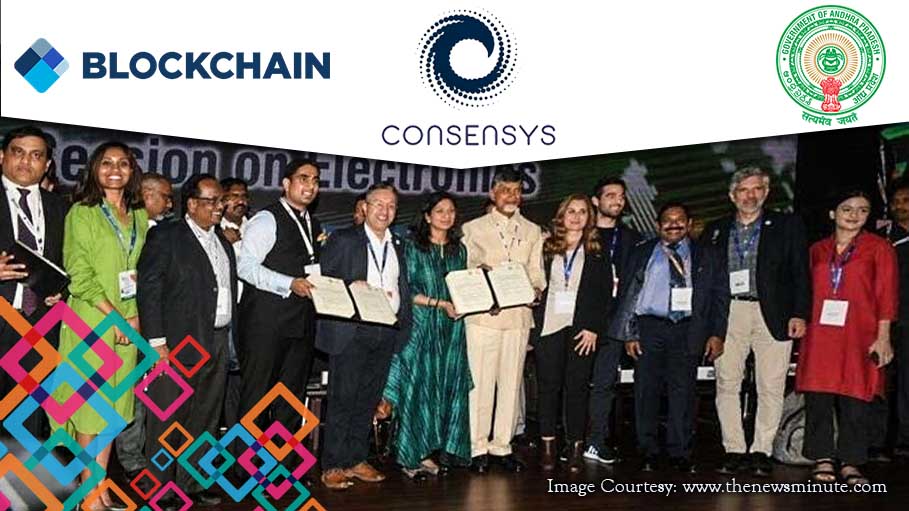 In the new scheme of things, ConsenSys will provide strategic technical advisory to prioritise and pilot use-cases in the area of blockchain for the state of Andhra Pradesh. The areas of collaboration include land titling, supply chain, identity platform, electronic health records, etc.

That’s not all. Andhra Pradesh government and ConsenSys have also teamed up to set up the first Indian cohort of ConsenSys Education, an institute that promises to develop blockchain-centric education programmes. These programs would leverage ConsenSys’ proprietary educational content. The government of Andhra Pradesh will help drive recruitment efforts for ConsenSys Academy pan India and will also subsidize infrastructural and operational costs for the project, under the terms of the MoU.

ConsenSys, which was founded three years ago by Joseph Lubin, co-founder of the Ethereum blockchain network – the second largest blockchain network in the world after Bitcoin, has recently signed a contract with the European Union to run the EU Blockchain Observatory and Forum, to highlight key developments of the blockchain technology, promote European actors and reinforce European engagement with multiple stakeholders involved in blockchain activities. The company now has 600 employees operating out of offices all over the world including London, Paris, and Dubai.

“As Andhra Pradesh promptly and smoothly transitions towards becoming a promising fintech ecosystem, with Blockchain at its epicenter, we are excited over partnering with the state government  to take the lead on this next generation technology – web 3.0 and entrepreneurship. Blockchain opportunities are seamlessly aligned with natural democratic systems like India and it is an opportune time for Andhra Pradesh to become a leading destination in blockchain and provide more power of data and transparency back to people,” said Kavita Gupta, executive director, ConsenSys.

Andhra Pradesh IT minister, Nara Lokesh, on his parts, said, “The state government has taken a leading and pioneering role in the country by incorporating Fintech including cybertech, Artificial intelligence, analytics and especially blockchain as its key strategy for FY18. We firmly believe that blockchain technology has enormous potential to revolutionize the way governments, institutions, and corporates function and is on its course to become the new normal.  It also has the capability of transforming multiple industries and make processes more democratic, secure, transparent, and efficient. The state government has already taken the lead in introducing blockchain and has a vision of becoming blockchain-enabled through its digital assets by 2019.”

Elaborating on the ConsenSys Education in Andhra Pradesh, which the two partners would set in motion, Gupta of ConsenSys, said, “Traditional education programmes are not being able to keep up with the rapidly developing pace of Ethereum and blockchain, as a whole. Therefore there is an immediate need to continue educating new participants in the blockchain ecosystem. The ConsenSys Academy is a blockchain education platform. Its mission is to bridge the deep Ethereum knowledge gap and revolutionize education through blockchain technology. ConsenSys’ focus for 2018 and beyond will be to uphold its growing responsibilities as a purveyor of this revolutionary technology.”