In the 21st century, nearly a dozen of Marvel movies were produced with nearly all the major characters created by Stan Lee, which generated over $20 billion at theaters across the world. 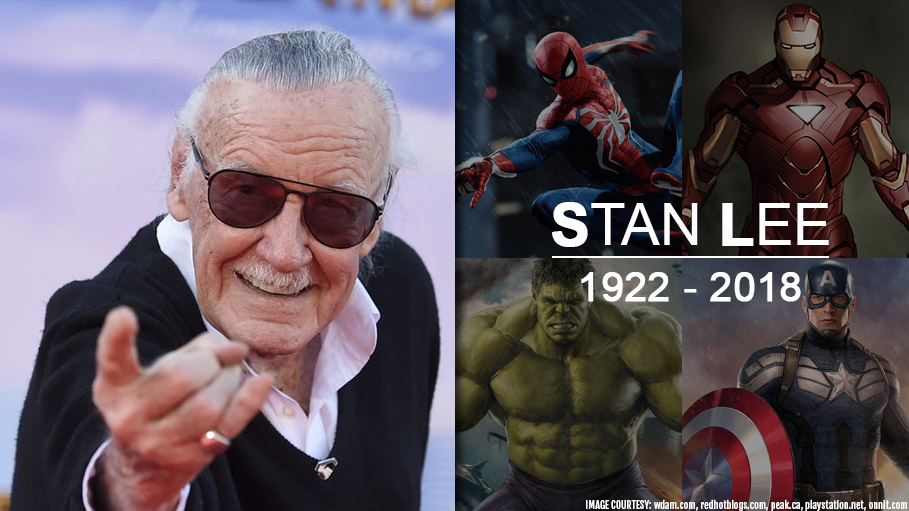 Stan Lee, who once dreamt and gave us characters like Spider-Man, Iron Man, the Hulk and a number of other comic superheroes, which not only have become mythic figures in pop culture and successful at the movies but have also become the real-time heroes for the young readers of 60’s and afterwards, died at the age of 95 on Monday. Stan Lee’s daughter J.C. Lee confirmed his death on Monday.

Stan Lee, as a writer and editor played a key role in the ascension of Marvel during the 1960s. He collaborated with Jack Kirby and Steve Ditko and created superheroes that would later enthrall generations of young readers and viewers. Superheroes had their origin in America and that too much before Lee. In the year 1938 Detective Comics launched Superman, the company that would become DC Comics and later known as Marvel’s archrival.

Stan Lee was widely known for adding a layer of complexity and humanity in his superheroes. His characters were not made of stone, even if they appeared to have been like that but they too had love and full of feelings. In an interview, in the year 2010, Lee said, “I felt it would be fun to learn a little about their private lives, about their personalities and show that they are human as well as super”.

Apart from writing he also helped in designing the superheroes and also took full ownership of promoting the superhero characters. His creations included teenager Spider-Man, the muscle-bound Hulk, the X-Men, the close-knit Fantastic Four and the playboy inventor Tony Stark, who is better known as the Iron Man.

In the 21st century, nearly a dozen of Marvel movies were produced with nearly all the major characters created by Stan Lee, which generated over $20 billion at theaters across the world, according to box office analysts.

In the later part of his life, he had to struggle much for his rights, as Stan Lee was a hired employee at Marvel Comics, used to receive limited payback for his characters. In the year 1998, according to a contract, he fought for a clause for 10 percent of profits from movies and TV which feature Marvel characters. In the year 2002, he fought to claim his share, several months after “Spider-Man” conquered the movie theatres. Three years later in a legal settlement, he received a $10 million one-time payment.