It came to light that this man was on parole as he was convicted for vandalizing President Donald Trump’s ‘Hollywood Walk of Fame’ star last year. 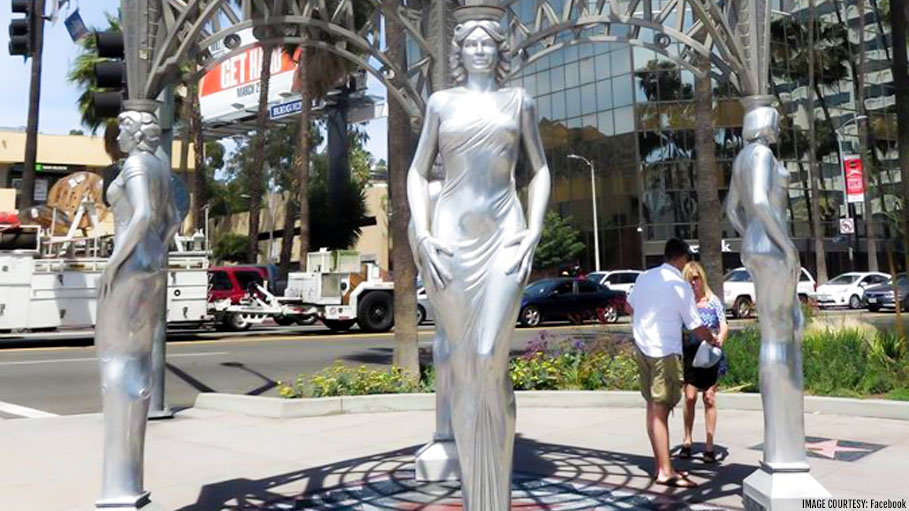 Marilyn Monroe was in the news recently as her statue at the Ladies of Hollywood Gazebo located at the beginning of Walk of Fame went missing.

The culprit has been finally caught and goes by the name of Austin Clay, 25. Though the police were successful in arresting him from his Glendale residence, they still haven’t found the statue of Marilyn Monroe in her famed flying skirt pose from the movie- “The Seven Year Itch.”

After seeing the video footage, police say that the statue is most likely broken or damaged. Witnesses say that they saw a man climbing the structure on June 16 and saw him remove the statue. The video footage also confirms this. It shows a man scaling down the gazebo, grabbing his bag pack and escaping.

It came to light that this man was on parole as he was convicted for vandalizing President Donald Trump’s ‘Hollywood Walk of Fame’ star last year. He hid a pickaxe in his guitar in July last year and smashed Trump’s star on the sidewalk.

For this act, he was sentenced to three years’ probation, imprisoned for a day, and had to undergo 20 days of community labor. He also had to pay a fine of $9,400 to the Hollywood Chamber of Commerce and undergo psychological counseling.

The culprit would be brought before the court on Tuesday. If he is found guilty, he can face up to three years in jail for theft and vandalism.

The Hollywood Ladies Gazebo celebrates women in film and features depictions of Dolores Del Rio, Dorothy Dandridge, Mae West and Anna May Wong. The stainless steel structure of the ladies form the base of the structure and Marilyn Monroe was seen in her famed flying skirt pose above them.