After Facebook Revelation Tech Giants Google, Microsoft and others are in Action – How it impacts you and your business? 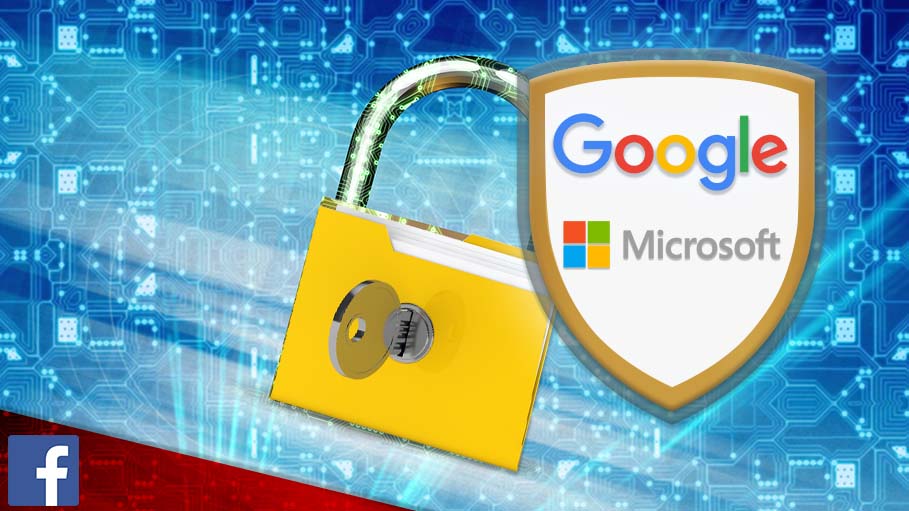 Last few days have been cyclonic for the social media network with shocking revelation of Facebook followed by other Android applications. These apps request permission to access users’ photos, messages and contacts. According to analysts, the collected data is used by analytical programs to understand users’ needs when planning application enhancements, fix security bugs and other activities. The revelation that British company Cambridge Analytica unlawfully used the private data of over 50 million Facebook users to influence the American presidential elections of 2016 in favor of Donald Trump is not the first of its kind.

The social media network is now facing a lot of questions, after it was reported that the Facebook app on Android phones had been collecting your call and SMS text message history for quite some time now. This was first reported on Twitter by a user @dylanmckaynz who suggested that upon downloading his entire Facebook data, an option that the social media provides, he noticed call history and SMS logs from as far back as the year 2015. Several other Android phone users have since confirmed this on social media.

Facebook’s Statement Indicates it’s not Denying Accessing Logs“When this feature is enabled, uploading your contacts also allows us to use information like when a call or text was made or received. This feature does not collect the content of your calls or text messages,” says Facebook. If we are to read these words carefully, at no point is Facebook denying that it didn’t access call or text message logs, exactly as the user @dylanmckaynz had claimed on Twitter. Facebook does not, however, give explicit reasons as to why it collects the text and call history data.Google’s Android OS played a RoleThis latest data tracking scare at the moment is restricted to Android phones, and something that indicates permissions that a user needs to accept while setting up the Facebook or Facebook Messenger app on their Android phones, were grossly misrepresented. The older versions of Google’s Android operating system also had a part to play, Facebook being allowed to access call logs and contacts, for instance, was part of a permission granted by Android to apps that asked for that data. @dylanmckaynz says the data collection which he is claiming on Twitter happened on a Samsung Galaxy J5 (SM-J500H), running Android 5.1.1 operating system. At that time, everyone was rejoicing about how Android was an open source, unlike iOS which was claimed to be Apple’s “closed garden”. That joint access was phased out by October 2017, with the more recent Android updates.

Importance of EULATo be fair, the End User Licensing Agreement (EULA) contract which Android phone owners agree to when they use the app, does indicate that Facebook has detailed the entire requirement of the contacts and call logs being saved and uploaded. However, how many of us actually read the EULA for anything? It, however, is clear that the information Facebook offered to users upfront during the app installation process, didn’t entirely indicate what they were getting themselves into. Facebook insists that the information it stores does not include contents of calls or text messages, and says that the data collected isn’t sold to any third-party firms.Few Significant Data Breaches till Date

Let me just recapitulate a few of the most significant data breaches to hit the globe, not in all cases because they were particularly large but because of the type of attack or vulnerability involved or the sensitivity of the data compromised.

Uber concealed a hack that affected 57 million customers and drivers worldwide and 2.7 million users in the UK, the company has confirmed. The breach - which took place in 2016 - was kept under wraps by the taxi-hailing firm, which paid hackers $100,000 (£75,000) to delete the data.Uber confirmed that names, email addresses and mobile phone numbers of customers were exposed and of the 57 million impacted, 600,000 drivers had their names and licence details compromised. And while the drivers have been offered free credit monitoring protection, the firm is yet to offer anything to affected customers.

Yahoo has disclosed that all of its 3 billion email users were likely compromised in a 2013 breach that it disclosed last year, breaking its own record for largest ever potential data breach.

The company has since been facing numerous lawsuits after being criticised for not disclosing this information sooner, impacting its sale to Verizon, which reduced its bid by $350 million from the initial $4.8 billion price tag.

The company required all users who had not changed their passwords since the time of the theft to do so. Yahoo also invalidated unencrypted security questions and answers so they cannot be used to access an account.

Zomato, which provides users with an online guide to restaurants, cafes and clubs, reported that data from 17 million users had been stolen, including email addresses and hashed passwords.The Indian firm said that it had discovered the breach in September 2017 and subsequently logged affected users out of their accounts, as well as resetting passwords on the app and the website.

Let’s take a look at what’s the demand of the hour, what action various tech leaders are taking. how is it impacting you or your business and how you can safeguard yourself…Governing Rules will be Framed and ImplementedStrategists believe sharing of users’ private information with third-party companies without their consent constitutes a serious breach of privacy. A lot of data gets collected and no one knows how to delete those, which highlights the impending danger of misuse. According to the lawmakers, the issue is taking mammoth form due to complete lack of governing rules and regulation, which will be framed and implemented for sure without delay.Data Access and Sharing will get Stringent

According to Reuters report, both large technology companies as well as small software development firms are likely to face scrutiny over how they share customer information in the wake of the scandal involving Facebook and the British election consulting firm Cambridge Analytica. This scrutiny and the risk of regulatory action could affect Google, Twitter, Uber Technologies, Microsoft, LinkedIn, and many other organizations who make their user data available to outside developers.Data privacy is now the hottest global issue and that’s good news for many businesses due to the scope it holds. However, as companies like Microsoft, Google, Facebook and others look to better lock up our information, we can expect more levels of authorization and scrutiny on our workflows in the coming years, maybe indirectly impacting design and development of software as well. In other words, it's quite likely for data not to be as easily accessible as it is now. Think of the long standing impact...

Disposable Virtual Cards will get Popular

As reported by Techcrunch, financial technology startup company Revolut is launching a new type of virtual card. While you could already generate additional virtual cards for a fee, this card is different because it gets destroyed after each transaction. It is targeted to those who shop on random websites for a certain item but have no plans of shopping there consistently.Disposable virtual cards will grow in popularity over the next few years and I think will be a great way to attract customers to buy on your site, even if it’s just a one-time thing. The cards could also be a more secure way to do transactions, reduce fraud and users may not hesitate to provide more detail with each purchase.

Artificial Intelligence will be readily Adopted

There are many good reasons for businesses to adopt new technologies like Artificial Intelligence. Because of technological advancements, businesses are able to provide services to myriad customers in diverse places. The access point to these businesses in the past were individuals who periodically would take a manual reading of instruments or who had to physically travel to a customer site for repairs.

With AI and machine learning, a business can now remotely access their customers' machines and instruments that are critical to their operations. This access provides not only for the reading and monitoring of data but also allows for repair and updates to be made to their systems.  Corporates are also taking advantage of other services (such as outsourcing) provided by other businesses that can provide them an increased capacity to offer more services. Using AI, this is now possible and is done seamlessly across platforms.

Tech giant Microsoft will host 'AI for All' summit in Bengaluru on March 28 to showcase use cases of artificial intelligence across sectors. The event will feature discussions around the benefits of artificial intelligence (AI), and how this can be used to amplify human ingenuity, according to Microsoft India spokesperson. There will also be a Design Thinking workshop around AI. "This is our first summit of its kind in the country. While we had an AI event last year for developers, this one is for a broader audience," the spokesperson added.Participation is expected from industry representatives spanning across verticals like healthcare, auto and IT and IT-enabled services, among others. The event will be addressed by global and Indian Microsoft executives, including Peggy Johnson (Executive Vice President, Business Development), Anant Maheshwari (President, Microsoft India) and Anil Bhansali, Managing Director at Microsoft India (R&D). Besides, representatives from Microsoft's partners and customers will also speak at the event, showcasing use cases of AI across various areas. The event will also showcase how AI can augment people's capability to be more productive and the potential of AI in India for both businesses and society at large.

Tech leader Google has started free online training on artificial intelligence and machine learning. Titled ‘Learn with Google AI’ is a new easy-to-learn platform comprised of a set of educational resources developed by Machine Learning experts at the company. Google’s idea behind the platform is to help people learn about concepts, develop skills and apply artificial intelligence to real life problems.

In addition, Google added more than 20 new security features for both the Google Cloud Platform and G Suite that target to give enterprises more control over their security environment. On the Google Cloud Platform side, the tech giant unveiled VPC (Virtual Private Cloud) Service Controls. Currently in alpha, the controls function like a firewall for API-based services on GCP, preventing data exfiltration in the event of a security breach. Google’s cloud computing platform as well as G Suite are protected against phishing, malware, spyware and DDoS attacks.

As lawmakers in the US and UK continue their scrutiny related to Facebook data breach, the fading trust of users on social media and online businesses may get further dented significantly. Strategists expect major shift in the way we do business.