Facebook has faced worldwide controversy this month on the issue of its customer data handling. Though this is not the first time the firm has been in hot water over the issue. 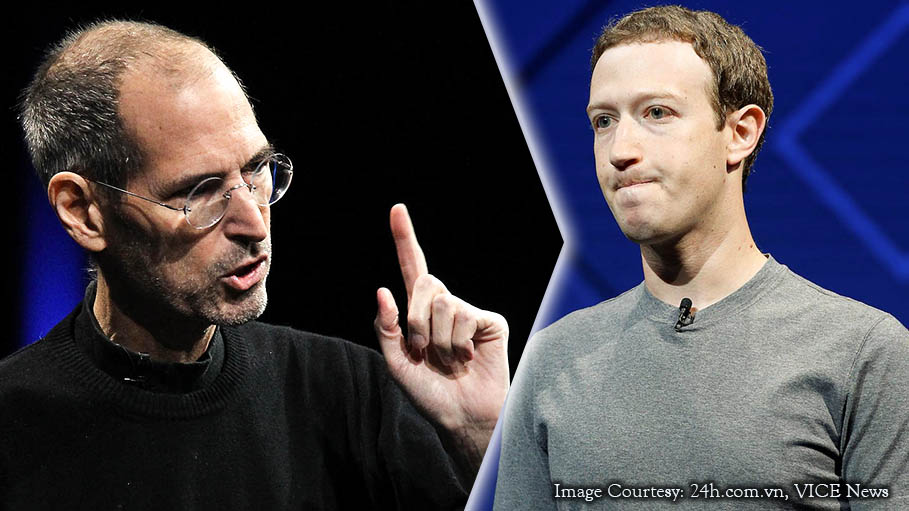 Facebook has faced worldwide controversy this month on the issue of its customer data handling. Though this is not the first time the firm has been in hot water over the issue. In 2010, Facebook faced criticism over ‘forcing’ users to share data and it is when Steve Jobs, has expressed his concern on the issue at a conference, where Facebook Founder and CEO Mark Zuckerberg was also present.

Jobs had said then, “Privacy means people know what they’re signing up for, in plain English, and repeatedly". He said, “Ask them. Ask them every time and make them tell you to stop asking them if they get tired of your asking them. Let the user know precisely what you’re going to do with their data”.

Mark Zuckerberg would have been saved from today’s privacy issue had he listened to his rival, the late Steve Jobs, as it has emerged. Videos of the former Apple boss warning over Facebook's handling of private data dating from 2010 has re-appeared in the wake of the Cambridge Analytica scandal.

Meanwhile Google, also has been accused of secretly intercepting the data of Americans sent over un-encrypted Wi-Fi routers during a two-year period.

Meanwhile, Mark Zuckerberg took out full-page advertisements in nine major US and British newspapers over the weekend to apologize for the Cambridge Analytica scandal. In the advertisement, the Facebook founder is seen apologetic vowing not to allow third parties access to data.

He said, “We have a responsibility to protect your information. If we can't, we don't deserve it. A quiz app made by a university researcher that leaked Facebook data of millions of people in 2014. This was a complete breach of trust and I am sorry we did not do more at the time. We are taking serious steps to ensure this doesn't happen again. Facebook have already stopped the activities of apps like this on Facebook and debarred them from getting so much information.”

He continued, “We're also investigating every single app that had access to the large amounts of data, so that we can fixed this. We also expect there are others, we will ban them as soon as we find them and inform everyone affected. Finally, we'll remind you which apps you've given access to your information - so you can shut off the ones you don't want anymore.”

Thank you for believing in this community. The 33-year-old Facebook chief formally signs off the apology with a promise to do better to its users.

What is the Cambridge Analytica Scandal?

London based Communications firm, Cambridge Analytica have offices in New York, Washington, as well as Brazil and Malaysia. Cambridge Analytica claims on its website, “In United States alone, we have played a pivotal role in winning presidential races as well as congressional and state elections, with data of more than 230 million American voters”.

Cambridge Analytica has recently suspended its chief executive officer, Alexander Nix, after his controversial claims resurfaced on media, which include, boasts that Cambridge Analytica had played a pivotal role in the election of Donald Trump. This information is said to have been used to help the Brexit campaign in the UK.

Over the years, Facebook has made other changes and updates to its privacy settings, such as a major overhaul in 2012 and other updates in 2014. However, it's still unclear to some users how to access or change their privacy settings or see the data Facebook has about them.

Facebook has faced criticisms about as long as it has been around, about how it handles its users’ data. Mark Zuckerberg has apologized in 2007 when a Facebook product took user tracking too far. In 2010, he has acknowledged that there is privacy problem in Facebook and the company has changed its settings and in 2014 and now again in 2018.

Facebook’s executives are spending much of their days in dealing with the fallout of reports claiming millions of its users had their data harvested from a quiz app without their consent.

Steve Jobs also said, “A lot of people in the Valley think we’re really old-fashioned about this, and maybe we are, but we worry about stuff like this.”

What It Takes to be at the Top – Innovative Technology or Great Leadership?