Deepika Padukone’s ‘Chhapaak’ Is Promising and Has Plenty of Takeaways

By seeing the trailer one can confidently say that Deepika has given her hundred percent even in this film like she always does. 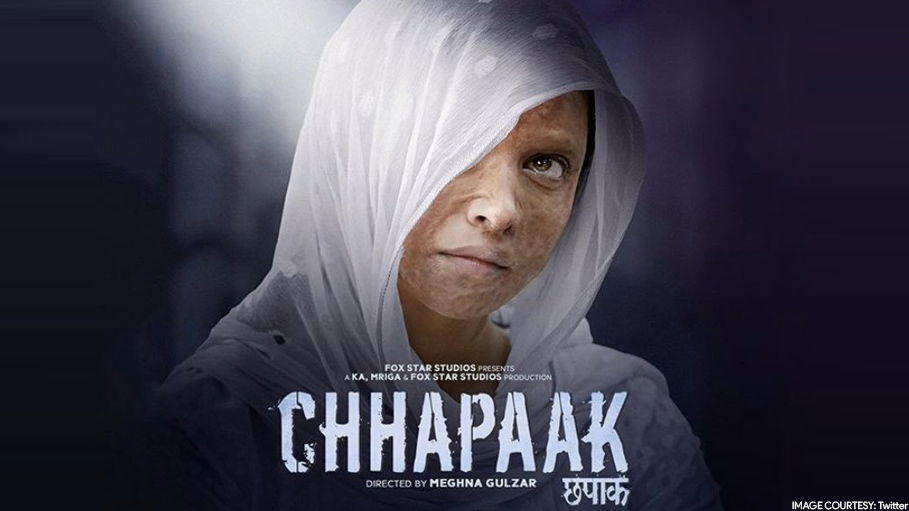 The trailer of Deepika Padukone’s ‘Chhappak’ released yesterday and fans can’t seem to get enough of it. The trailer is gripping and has been well received by fans. Enthusiastic followers have posted some amazing reviews on Twitter too. Without a doubt, fans are waiting in anticipation to watch the film which is based on the true story of an acid attack survivor Laxmi Agarwal.

By seeing the trailer one can confidently say that Deepika has given her hundred percent even in this film like she always does.

In the movie, you will get to witness Malti- the protagonist’s experiences after she becomes a victim of an acid attack and how she struggles to make a place for herself in society with a face that has been completely scarred. In the trailer, you can see that Malti makes all efforts to gather her inner strength to fight against the injustice that has been done to her. Some of the scenes in the trailer are hair raising!

During the trailer launch event, Deepika Padukone became overwhelmed and couldn’t go on further after she spoke a few lines. Later she takes stock of herself and carried on with her speech. Deepika’s co-star Vikrant Massey and director Meghna Gulzar could be seen consoling Deepika on stage.

It’s being said that Agarwal’s story touched Deepika so much that she had to burn the prosthetics to get rid of the depressing thoughts after the shooting.

Speaking of the film Vikrant Massey said that he didn’t break down on the sets however there is a lot to take away from this story. He said, “This film is important for various reasons. It is important to tell this story today, given the situation of women in our country. I have got the opportunity to work with a fine director and co-star,” he added.

Massey’s role as Amol is based on Alok Dixit who assists Laxmi in her personal struggles after the attack. Vikrant Massey said, “With the kind of stories we read in newspapers, with the crimes against women, I think it was time that we tell a story like this as responsibly as possible through cinema.”

With a great cast and an evolved director like Meghna Gulzar, you can rest assured that there would be plenty of takeaways from this film. Meghna’s last movie ‘Raazi’ featuring Alia Bhatt in the lead role was a superhit and went on to become the highest-grossing film of 2018.

We are sure that this movie will be as good as the trailer. We also hope that the movie will resonate with the masses especially acid attack victims whose personal struggles are less known to the world.

SEE ALSO:
73 Questions with Deepika Padukone by Vogue is Witty, Engaging and Ends on a Dancing Note