Deforestation in the Brazilian Amazon surged again over the past year, hitting a 12-year high, according to official figures released Monday that drew a chorus of condemnation of President Jair Bolsonaro's government. 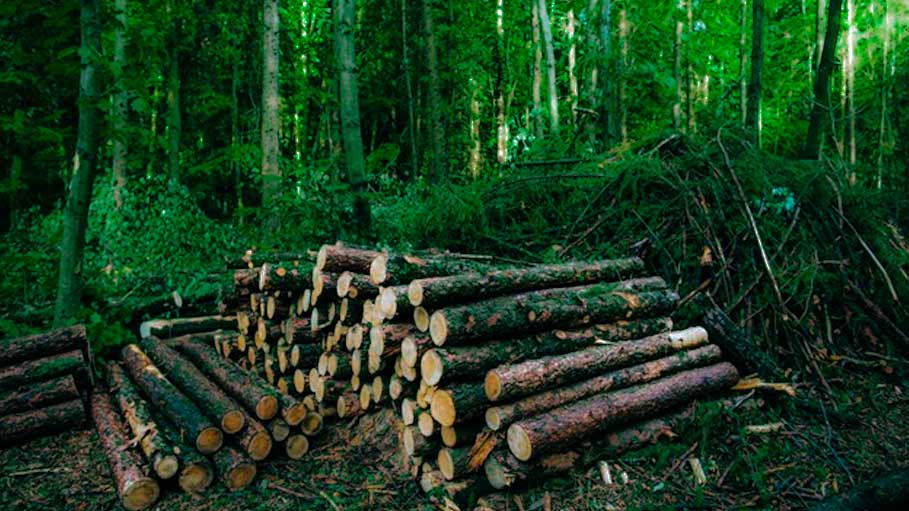 Sao Paulo: Deforestation in the Brazilian Amazon surged again over the past year, hitting a 12-year high, according to official figures released Monday that drew a chorus of condemnation of President Jair Bolsonaro's government.

A total of 11,088 square kilometers (4,281 square miles) of forest was destroyed in Brazil's share of the world's biggest rainforest in the 12 months to August, according to the Brazilian space agency's PRODES monitoring program, which analyzes satellite images to track deforestation.

That is equivalent to an area larger than Jamaica, and was a 9.5-percent increase from the previous year, when deforestation also hit a more than decade-long high.

"Because of such deforestation, Brazil is probably the only major greenhouse gas emitter that managed to increase its emissions in the year the coronavirus pandemic paralyzed the global economy," said the Brazilian Climate Observatory, a coalition of environmental groups.

Forests such as the Amazon play a vital role in controlling climate change because they suck carbon from the atmosphere. However, when trees die or burn, they release their carbon back into the environment.

Bolsonaro, a far-right climate-change skeptic, has presided over rising deforestation and wildfires since taking office in January 2019.

His government is pushing to open protected lands to mining and agribusiness, and has slashed funding for environmental protection programs.

Environmentalists say those policies fuel the destruction of the Amazon, about 60 percent of which is in Brazil.

"The Bolsonaro government's vision of development for the Amazon is a throwback to the rampant deforestation of the past. It's a regressive vision that's far from the effort needed to deal with the climate crisis," Greenpeace spokeswoman Cristiane Mazzetti said in a statement.

Vice President Hamilton Mourao, who presented the figures in a press conference, defended the government's committment to fighting deforestation.

"The message I bring in the name of President Bolsonaro is that we will continue working with science and technology to support the work of environmental protection agencies," said Mourao, a retired army general who heads Bolsonaro's Amazon task force.

The latest annual deforestation figure was the highest since 2008, when 12,911 square kilometers of forest were destroyed in the Brazilian Amazon.