Since launching MiVote India in January at the World Economic Forum in Davos, the MiVote Indian Chapter has been overwhelmed by the positive response to its proprietary policy framework, governance model and technology platform. 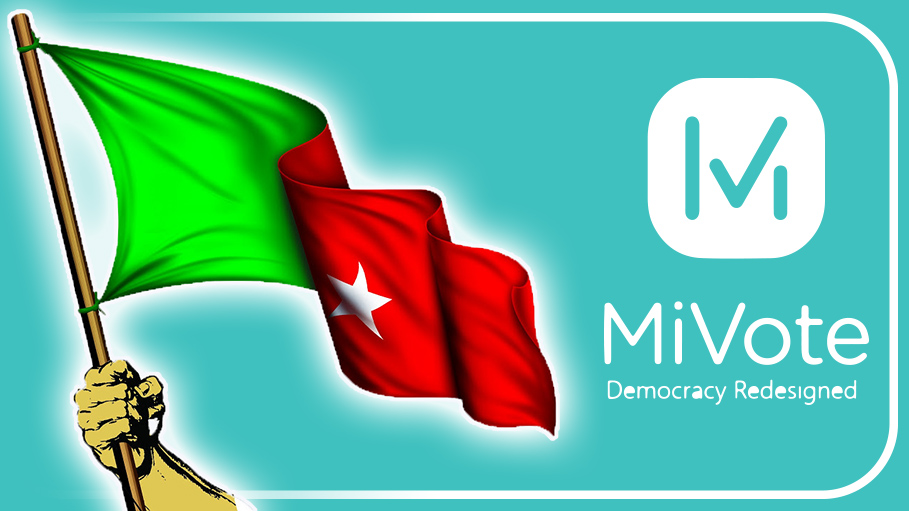 The Democratic Party of India (DPI) on Friday became the world’s first political party to adopt the global MiVote model. In doing so, the DPI will be the first Party in Indian history to determine all policy positions through a blockchain-enabled democratic platform that will ask every Indian citizen their preferred direction for their community.

Since launching MiVote India in January at the World Economic Forum in Davos, the MiVote Indian Chapter has been overwhelmed by the positive response to its proprietary policy framework, governance model and technology platform. With a focus on improving community decision-making throughout the world, MiVote is a democratic model open to individuals, parties and governments. MiVote India is thrilled that the DPI has adopted the complete MiVote model.

Following from his success at the Commonwealth Heads of Government meeting in London earlier in 2018, advocate, social entrepreneur and founder of MiVote India, Joydeep Mondal said, “The great potential of India can only be achieved when the collective voice of the people is harnessed”.

The Democratic Party of India was established in 1961 and was registered by the Election Commission of India in the year 1989. The Party was revived in 2018 with a vision towards Socio-Economic empowerment of Citizens starting from the most deprived sections of the society with a stern focus on Inclusive development, and a commitment to ensure that the most marginalized and disconnected members of the community have genuine representation. The DPI already boasts more than 3 million members across India in the first 60 days since its relaunch.

The national president of the Democratic Party of India, Captain G.S. Rathee, said that the association with MiVote will not only empower the vision of the party, rather it will also give a direction towards development and strengthening the democratic behaviour of India.

The Democratic Party of India is ready to contest the 2019 Parliamentary Elections in all states across India. Party candidates will also contest the upcoming 2018 Assembly elections in the states of Madhya Pradesh and Chhattisgarh, he said.

The election symbol for the Democratic Party of India, allotted by the Election Commission of India, is POT.

In adopting the complete MiVote model, the DPI has made a bold commitment to demonstrate the most comprehensive democratic behaviours for its members.

Key features of the MiVote model include:

Providing citizens facts and information relevant to every policy vote;

Holding candidates/representatives to account on the decisions of the majority; and

Ensuring that every citizen has an equal voice

Founder and Chief Steward of the Global MiVote movement, Adam Jacoby, having spent ten days with the MiVote India team and the leadership team of the DPI in Delhi said that MiVote is thrilled to have found a group of people so committed to the principles of genuine democracy. The Democratic Party of India will be a wonderful steward of the MiVote model and will provide the people of India with a political choice unlike anything they have seen before.

On the potential of the blockchain technology platform, Jacoby said that powering the DPI with the world’s premier blockchain voting platform from our partner organisation, Horizon State will ensure that all voters will have access to the safest and most sophisticated voting platform available today.