Discovery of 34 New Mummies from an Egyptian Tomb

Khaled El-Enany, Minister of Antiquities, Egypt has invited Prof Patrizia Piacentini, a professor of Egyptology at the University of Milan to conduct the excavation in the city of Aswan. 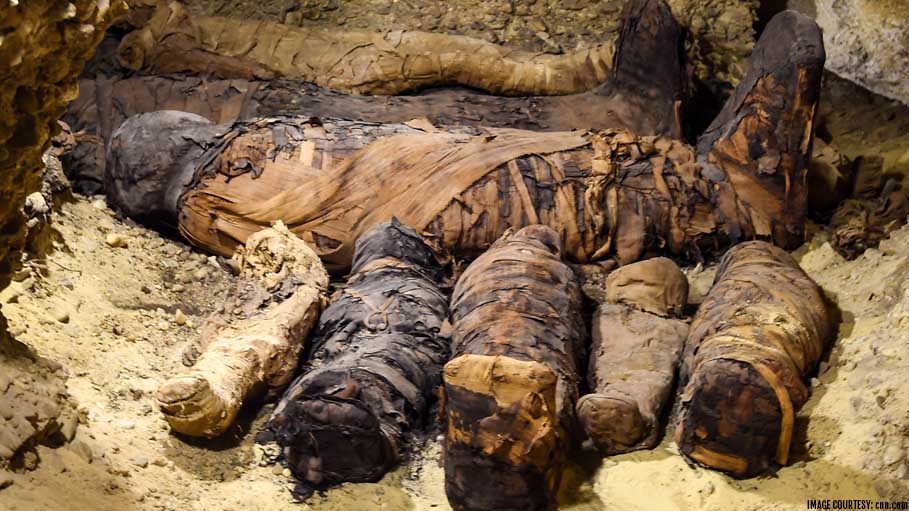 Archaeologists have recently discovered 34 mummies in the Egyptian city of Aswan, which dates back to the late Pharaonic and Greco-Roman period, between the 6th century B.C. and the 4th century A.D. The discovery is going to throw more light into the mysteries of Egypt, believes the Archaeologists.

Along with the mummies, the archaeologists have also found some artefacts, which include pottery, wooden statuettes and painted funerary masks. Vases of bitumen, which is used in mummification along with a stretcher, which may be used to carry the bodies into the tomb, were also recovered. A hieroglyphic text written on a pillar indicated that there is a tomb hidden under the sand and which was once owned by a trader named Tjt.

Khaled El-Enany, Minister of Antiquities, Egypt has invited Prof Patrizia Piacentini, a professor of Egyptology at the University of Milan to conduct the excavation in the city of Aswan.

Accordingly, Piacentini along with his team started the excavations. Engineer Gabriele Bitelli first located the tomb and accordingly created a 3D reconstruction of the items found within the tomb. Steps led them from the surface to the tomb, where they first discovered two burial chambers, which are sealed off by a wall.

In the primary chamber, the archaeologists found nearly 30 mummified bodies, the bodies of men, women and children and in the second chamber, an estimated four bodies were found. Two mummies, which are found overlapping, are believed to be that of the bodies of a mother and her child.

Patrizia Piacentini said more studies are required to finally determine the number of bodies found, the number of which may increase.

Some of the vases found along with the mummies still contain food. Two statuettes depicted Ba, the Egyptian bird god who represented an aspect of the soul was also found.

Discovery of the tomb was only a part of the Egyptian government move for a broader excavation mission in which archaeologists have mapped more than 300 tombs so far in the region. The next excavation mission will resume its work by the beginning of November.