Recently, scientists from the UK trained two dogs from Medical Detection Dogs to detect Malaria parasites and after the training, it was found that the dogs could easily detect the parasites. 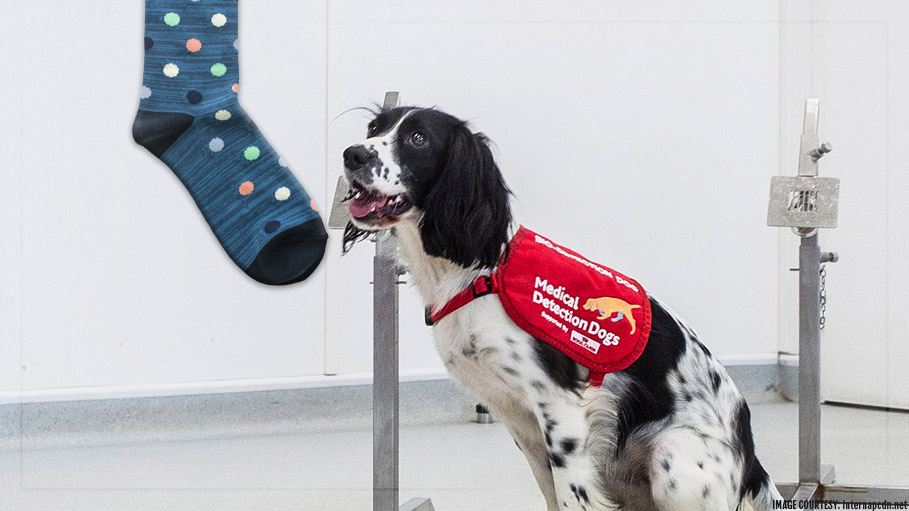 Now your loyal friend, your dog can help in finding malaria in you, simply by sniffing your clothes. As a new study found that dogs could be a powerful tool in diagnosing malaria. The animals can be trained to identify whether a person is infected with malaria or not, simply by sniffing the clothes, more specifically the socks. They also can be trained to find out some types of cancer and diabetes too, the new research says.

Recently, scientists from the UK trained two dogs from Medical Detection Dogs to detect Malaria parasites and after the training, it was found that the dogs could easily detect the parasites. According to the lead investigator of the study, Steve Lindsay says, “People carrying malaria parasite already have a signature scent, and we know if dogs can smell drugs, food and other substances, they should be able to detect this smell on clothing, too”. Dogs have sensors in their noses that make them more sensitive to odors.

Lindsay and his team of scientists tried this experiment in the Gambia, where they collected socks used by 600 school children between the age group of 5 years to 13 years. The socks were then used to train dogs for four months in the UK. Steve Lindsay who is also a Public Health Entomologist at Durham University’s Department of Biosciences, says “We took the socks that had captured the scent of the children overnight and flew them to the UK, where the dogs were trained to smell and differentiate samples that were infected or not”.

About 175 used socks were used to train the dogs, out of 175, 30 children were infected with Malaria and 145 children were uninfected. Only by smelling the socks the dogs, Lexi, a Labrador-Golden retriever and Sally, a Labrador were able to detect accurately 70% of infected children and 90% of uninfected children. The study also found that the dogs could be used as tools for diagnosing some different forms of cancer and diabetes.

The researchers though warn that the research is still in the early stages and more research is needed. It is estimated in the year 2016, that there are 216 million cases of malaria worldwide, which also includes 445000 global deaths due to Malaria, according to the World Health Organization. Malaria can be treated, but there is no preventive vaccine. Now with this new finding, there is a possibility of new avenues.

SEE ALSO:
Do You Know Yelling at Dogs Can Affect Their Long Term Health?

Dogs Can Detect 90% of Covid-19 Infections Even When Patients are Asymptomatic: Study