This weekend US President Donald Trump will also address Indian-Americans along with Prime Minister Modi at the “Howdy Modi!” event in Houston, the US President though did not say anything about when or where he would be meeting Imran Khan. 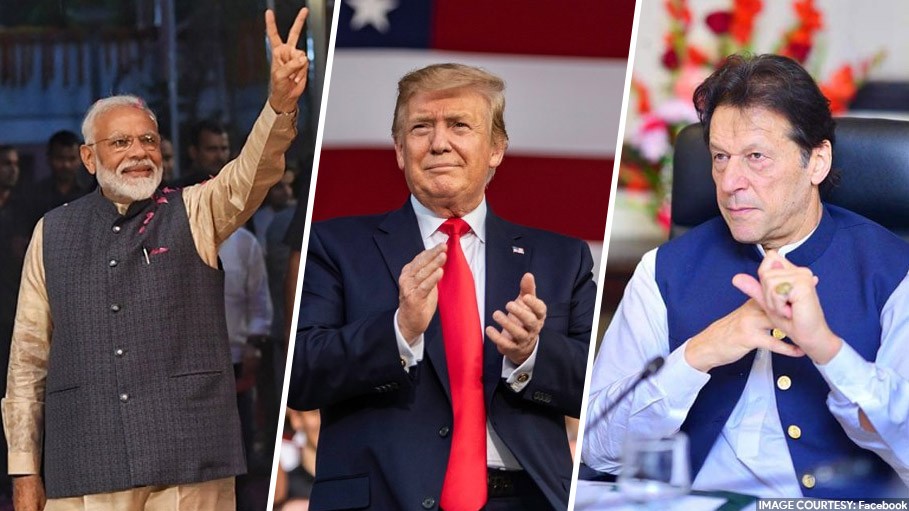 The President of United States of America Donald Trump has said that he would be meeting Prime Minister of India Narendra Modi and Pakistan’s Prime Minister Imran Khan soon. He also maintained that the tension between India and Pakistan had also reduced over time.

This weekend US President Donald Trump will also address Indian-Americans along with Prime Minister Modi at the “Howdy Modi!” event in Houston, the US President though did not say anything about when or where he would be meeting Imran Khan.

President Trump told the media at the White House recently, “I’ll see Prime Minister Modi and I will – we’ll - be meeting with (prime ministers of) India and Pakistan and I think a lot of progress has been made there, lot of progress”.

According to Donald Trump’s schedule, which suggests that his meeting with Imran Khan may take place on the sidelines of the UN General Assembly Session to be held in New York later this month.

US President Donald Trump will be addressing a record crowd of more than 50,000 Indian Americans at the event named “Howdy Modi!” from there President Trump will travel to Ohio and then he is expected to fly to New York to attend the Annual General Assembly Sessions of the United Nations.

Indian Ambassador to the United States Harsh Vardhan Shringla has called Trump’s participation in the “Howdy, Modi!” event historic as well as unprecedented. As quoted by news agency PTI, he said, “It is reflective of the strong bonds of friendship and cooperation that has developed between India and the US”.

After the government of India ended special status to Jammu and Kashmir under Article 370 on August 5th, tension between India and Pakistan escalated. Reacting to this move on Kashmir by India, Pakistan scrapped diplomatic ties with India.

At the same time Pakistan has been trying to internationalise the Kashmir issue but has suffered heavily two times at United Nations as most of the member countries supported India stand, as India has always asserted that the decision on Article 370 was India’s internal matter. India has also clearly told Pakistan to accept the reality and stop its anti-India rhetoric.

It will be the first time that an American President is going to addresses thousands of Indian-Americans at one place in the US during the “Howdy, Modi!” event. This also signifies India’s importance in the United States.

Also, the event comes ahead of the 2020 US Presidential elections, in which the influential Indian-American community members are going to play an important role is choosing the next President of United States. President Donald Trump has already announced his candidature as a Republican candidate.