While speaking at a ceremony held in Pentagon, marking the 18th anniversary of the terrorist attacks, Trump said, “over the last four days US forces have hit our enemy harder than they have ever been hit before and that will continue”. 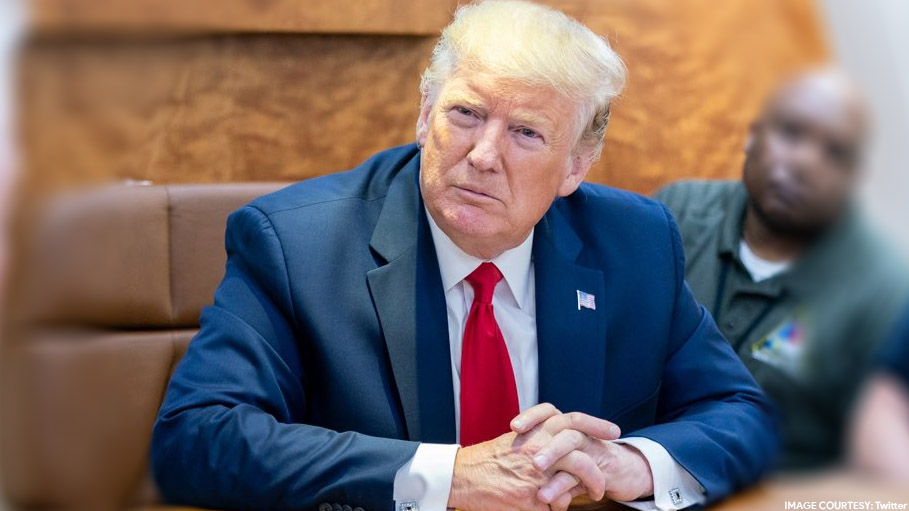 US President Donald Trump this year used 9/11 remembrance commemorations to warn as well as announce an unprecedented escalation of the US military assault on Taliban in Afghanistan, few days after his indication to hold peace talks with the insurgents.

While speaking at a ceremony held in Pentagon, marking the 18th anniversary of the terrorist attacks that killed nearly 3,000 people Trump said that, “over the last four days US forces have hit our enemy harder than they have ever been hit before and that will continue”.

Trump also added that the assault was ordered immediately after he cancelled peace talks with the Taliban over the weekend in retaliation of a bomb attack that killed one US soldier, last week.

Though precisely, Trump has not described the nature of the US offensive against the Taliban, which is immediately not clear.

In his speech, US President Donald Trump not only warned Taliban but also issued a threat against the terrorists over attacking on the US soil again, saying the response would be unlike any ever seen before.

As he further added, “If for any reason, they come back to our country, we will go wherever they are, and use power, the likes of which the United States has never used before. I am not even talking about nuclear power. They will never have seen anything like what will happen to them”.

The startling comments from the President come after he himself has announced on Twitter that he would be about to meet with some Taliban leaders on Sunday at his Camp David presidential retreat. Though, before the tweet, no one outside President Trump’s immediate circle was aware of this development.

Inside sources then said that it came after months of hard work mostly behind the scenes negotiations on cutting the presence of the US troop and extricating the United States from a long and fruitless war in Afghanistan.

It was also stunning for everyone, the choice of the prestigious Camp David setting for the meeting with Taliban leaders, on a date which was very close to the September 11, 2001, anniversary.

The cancellation of the planned meeting with Taliban and the decision to punish them for a bomb attack, followed by the sacking of his controversial national security advisor John Bolton on Tuesday raises lot more questions as they remained unanswered till today.

The 9/11 terror attacks, were a series of four coordinated suicide attacks by the Islamic terrorist group Al-Qaeda led by Osama Bin Laden. The attacks that took place in the United States killed nearly 3000 people and more than 6000 people were injured. The attack is regarded as the deadliest attack on the US soil since the Pearl Harbour bombing in the year 1941 that also launched the US into World War II.