An Emirati princess, who last year said she was being held "hostage" in a palace, has assured the UN rights chief Michelle Bachelet that she is well during a meeting in Paris, the High Commissioner said Friday. 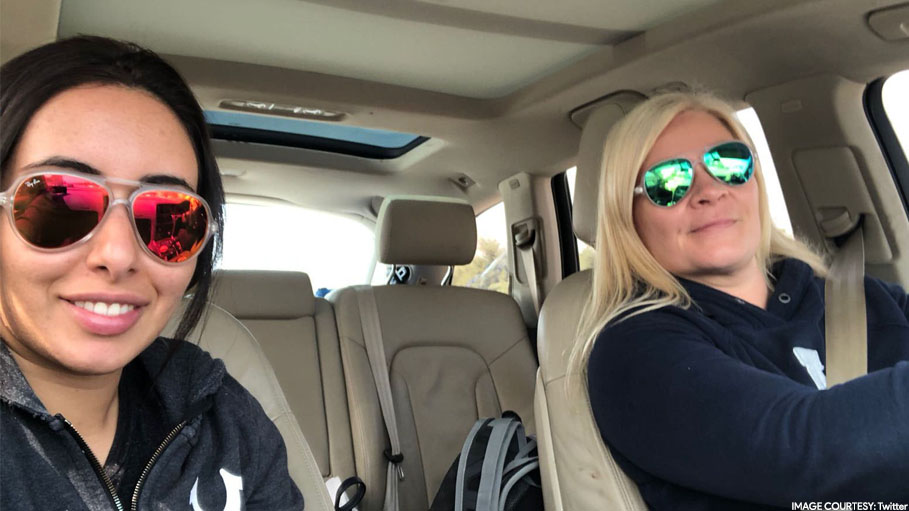 Geneva: An Emirati princess, who last year said she was being held "hostage" in a palace, has assured the UN rights chief Michelle Bachelet that she is well during a meeting in Paris, the High Commissioner said Friday.

The meeting, which took place on an unspecified date at Dubai Sheikha Latifa's request, took place a year after she said was being held hostage and feared for her life, in videos released by British media in February 2021.

"Latifa conveyed to the High Commissioner that she was well & expressed her wish for respect for her privacy," UN High Commissioner for Human Rights Bachelet said in a tweet, which included a picture of the two women on a Paris street.

Bachelet's office didn't respond to an AFP request for details of the meeting, or whether Bachelet took the princess' comment at face value.

The tweet added that Latifa's legal advisor had organised the meeting and that the UN rights commissioner and Latifa had met in private.

Sheikha Latifa, 36-year-old daughter of Dubai's ruler Sheikh Mohammed bin Rashid Al-Maktoum, had said back in June last year that she was free to travel.

Sheikh Mohammed is vice president and prime minister of the United Arab Emirates, of which Dubai is one of the seven members.

Latifa made an unsuccessful attempt to flee the emirate in March 2018, escaping by boat with the help of friends before being hauled back.

In Gebruary 2021, the BBC aired clips it said were filmed roughly a year after she was captured and returned to Dubai, showing her crouched in a corner of what she says is a bathroom.

"I'm a hostage and this villa has been converted into a jail," she says in one cellphone video.

Bachelet's office, along with NGOs such as Amnesty International and Human Rights Watch as well as the UK foreign ministry had closely followed the matter and sought proof that the princes was still alive.

Dubai's royal family had insisted that Latifa was being "cared for at home".