Due to Heavy Rain, Noida Schools Closed Today for Classes 1-8

Waterlogging was also reported in several parts of Delhi while the Delhi-Gurgaon expressway witnessed a massive traffic jam. 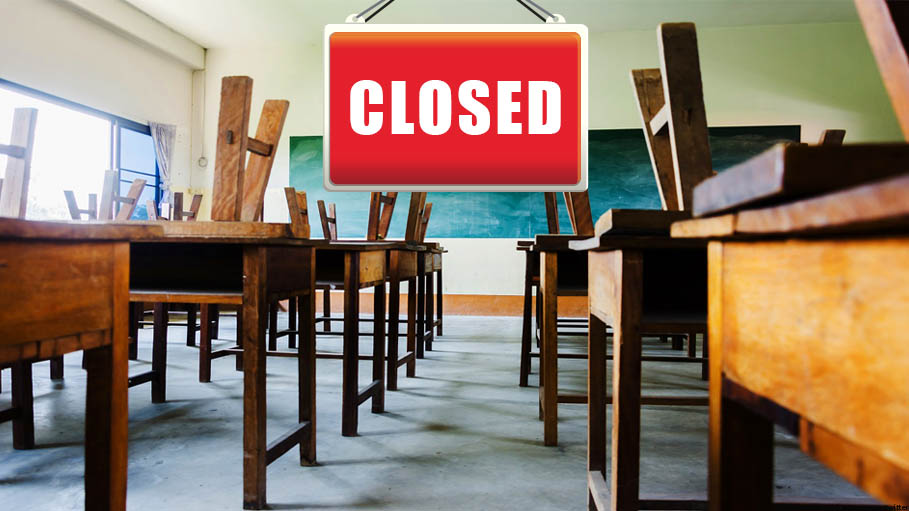 Noida: In the wake of heavy rainfall in Noida, all government and private schools from classes 1 to 8 in the city will remain closed on Friday, District Magistrate Suhas L Yathraj informed. The notification was issued after the weather department issued an alert in the region.

District Basic Education Officer of Aligarh district has also ordered all schools to remain closed on Friday and Saturday in view of the heavy rain forecast.

On Thursday, parts of Uttar Pradesh and the national capital region (NCR), including Gautam Buddh Nagar, witnessed heavy rainfall throughout the day.

A child died and eight others were injured in a wall collapse following heavy rain in the district while normal life was disrupted in Uttar Pradesh's Firozabad.

Meanwhile, the Gurugram Disaster Management Authority has advised all corporate offices and private institutions in the district to guide employees to work from home to avoid traffic congestion and to ensure repair work of roads and drains are carried out smoothly by civic agencies.

The authority also advised to keep all schools and colleges closed on Friday.

On Thursday, heavy rainfall led to waterlogging in several parts of Gurgaon, leading to traffic jams as police struggled to decongest roads. Pedestrians were compelled to walk through severely inundated lanes and main roads.

Waterlogging was also reported in several parts of the national capital while the Delhi-Gurgaon expressway witnessed a massive traffic jam.

"Due to continuous heavy rainfall in Gurugram, there is waterlogging at some places and the traffic is moving at a slow speed. Therefore, we request all of you that you should come out of the house only when necessary," read a traffic police advisory issued on Twitter.

10 Dead, Thousands Displaced in China Due to Heavy Rain

Weather Disrupts Flights in Delhi Due to Heavy Rains and Thunderstorms