Earth’s Toughest Creature ‘Tardigrades’ May Now Live on the Moon

These indestructible creatures are not aliens rather they are microscopic earthlings known as ‘Tardigrades’, who were out alive after a crash landing on the lunar surface by Israel’s Beresheet probe in the month of April. 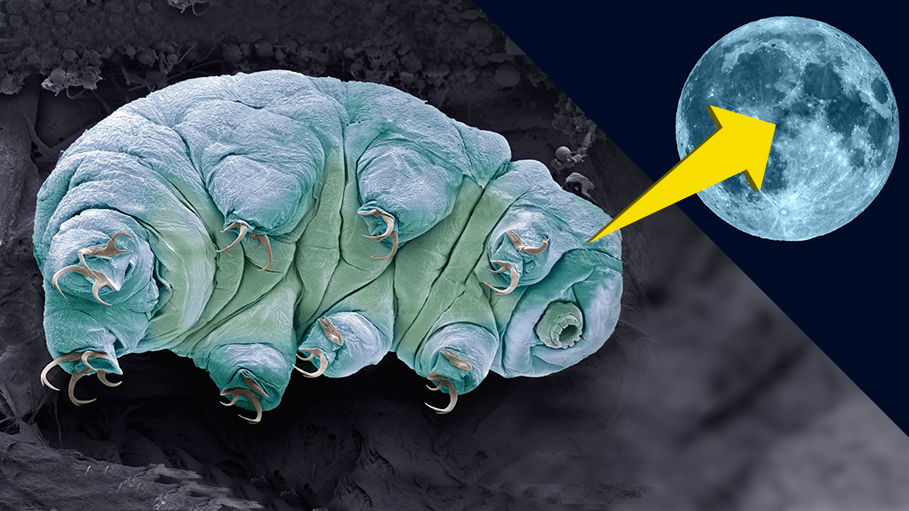 These indestructible creatures are not aliens rather they are microscopic earthlings known as ‘Tardigrades’, who were out alive after a crash landing on the lunar surface by Israel’s Beresheet probe in the month of April.

Based on an analysis of the spacecraft’s trajectory and the composition of the device in which the micro-animals were stored the survival rate of the creature is found to be very high.

Nova Spivack, Chairman and Co-Founder of the Arch Mission Foundation said, “We believe the chances of survival for the tardigrades are extremely high”. He also added, “Tardigrades are ideal to include because they are microscopic, multicellular, and one of the most durable forms of life on planet Earth”.

Arch Mission Foundation is a non-profit organisation and is dedicated to promote human knowledge and Earth’s biology throughout the Solar System, which also includes the creation of an ‘Encyclopedia Galactica’ first evoked by sci-fi writer Isaac Asimov.

Nova Spivack also said that the creatures, which are very small in size and are under a millimeter or 0.04 inches in size, had been dehydrated to place them in suspended animation, then encased in an epoxy of Artificial Amber and can be revived in the future.

While, Tardigrades expert, William Miller of Baker University, is of the opinion, if the creature did not burn up in an explosion, they could survive the tiny pressure as well as an extreme temperature on the surface of the moon.

But Miller points out a vital point, as he says, “to become active, to grow, eat, and reproduce they would need water, air and food”, so it would not be possible for them to multiply and form a colony on the moon.

On the other hand, NASA’s astrobiologist Cassie Conley is of the view that their exact survival time of the creature would depend on the condition of the impact site and the temperatures to which they are exposed. Cassie Conley says, “If they don’t get too hot, it’s possible they could survive for quite a long time (many years)”.

At present, the tardigrades were stored inside a “Lunar Library”, which is a nanotechnology device and which resembles a DVD and contains a 30-million-page archive of human history including human DNA, which is viewable under microscopes.

Moss piglets or water bears are also another names for Tardigrades. They can live in water as well as on land and are capable of surviving in temperatures as high as 150 degrees Celsius (302 degrees Fahrenheit) and as low as minus 272 degrees Celsius (-458 Fahrenheit).

The eight-legged creature can come back from being dried for decades and which can withstand near zero pressure in outer space and can survive the crushing depths of the Mariana Trench.