India’s government could be spending more to help its population of almost 1.4 billion weather the economic devastation from the country’s explosive second wave of Covid-19 infections, according to Nobel Laureate Abhijit Banerjee. 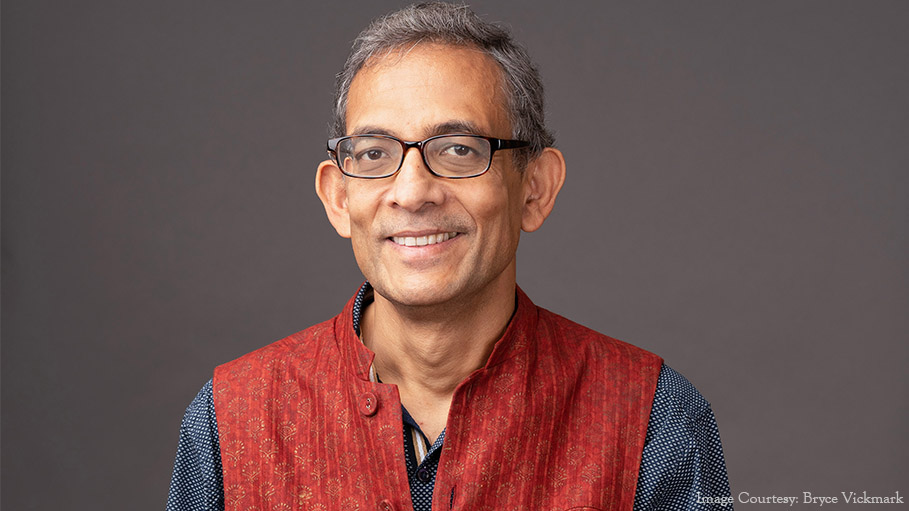 India’s government could be spending more to help its population of almost 1.4 billion weather the economic devastation from the country’s explosive second wave of Covid-19 infections, according to Nobel Laureate Abhijit Banerjee.

It’s “not clear at all" that bond markets would react negatively to such moves made to avert “an ongoing series of crises," said Banerjee, 60, who was co-recipient of the 2019 Nobel prize for economic science for his work on poverty alleviation.

“I’m not sure the government is calling it right," the Massachusetts Institute of Technology professor, who also chairs a Covid advisory council to the state of West Bengal, said in an interview from Paris. “Is it possible to spend an extra 2% of GDP on this right now? Probably - many countries have borrowed 10 times that amount, so why not?"

India has yet to announce any major support measures this year as the government attempts to narrow the fiscal deficit, which widened to a record in the year ended March 31, leaving much of the heavy lifting to monetary policy makers. However, Prime Minister Narendra Modi’s administration is now involved in early preparation for a stimulus package, according to people familiar with the matter.

Those discussions follow the implementation of local restrictions in some states and cities, including New Delhi and Mumbai, and as the country’s unemployment rate rose to a four-month high of nearly 8% in April. So far there’s no timeline for an announcement, the people said.

Official numbers show that India’s ferocious second wave has slightly ebbed in recent weeks -- although public health experts believe those figures, particularly fatalities that now total more than 300,000, are a dramatic undercount. Yet with India’s vaccination campaign stuttering and the country recording more than 200,000 new Covid cases each day, policy makers are already warning of a potential third wave.

Banerjee believes the horrors of the latest outbreak, which saw widespread oxygen shortages and a collapse of its health system, means India won’t just assume it has beaten Covid following statements to such effect from government officials earlier this year, including Modi himself.

“This one was so disastrous that it actually may remain in peoples’ minds longer," he said. “The government is being more careful to say there will be a third wave. All of those might mean that people remain more careful after the lockdown is lifted."

Even with India’s total infections nearing 27 million, Banerjee doesn’t believe the South Asian nation is close to herd immunity. After devastating India’s biggest cities, the virus is now ravaging the rural hinterland where about 70% of the population lives with limited access to decent clinics, hospitals or health care.

“Lots of places remain relatively untouched, and that remains the basis for another wave," said Banerjee, who hopes the crisis will spur meaningful improvements to India’s health network

“There’s a tendency in the health-care system to favor opening fancy hospitals, which can be kind of newsworthy, over trying to do little things in little health centers."

India’s total spending on health has remained almost stagnant at around 1.5% of gross domestic product in the last four years. The government is projecting an increase to 1.8% this financial year and to 2.5% by 2025.

One aspect of the pandemic that has puzzled Banerjee has been the strength of India’s stock market, with the current Covid crisis so far failing to spark a deep stock sell-off like the one seen last year. The BSE Sensex Index has advanced 6% this year. The pandemic has also done little to dent the confidence of overseas investors, including BlackRock Inc., who are betting on a strong rebound.

“I must say I don’t understand it," he said. “I really have a hard time reading why in a generally demand-constrained economy, what must be a substantial demand-earnings shock, especially among the poor, is not having a bigger effect. Clearly, some of it is that the global money is skittish, but it seems to think that India is still a good place to bet on."

Even so, Banerjee demurred on giving a detailed outlook on India’s economy.

“I’ve even written a book where I argue economists should do less forecasts," he laughed.