Ed Sheeran Announces Break from His Music during Tour in Ipswich, England

This is sad news for all ‘Ed Sheeran’ pop fans as they may not get to savour Sheeran’s melodious music for a few years. We are not yet sure of the duration of his break. 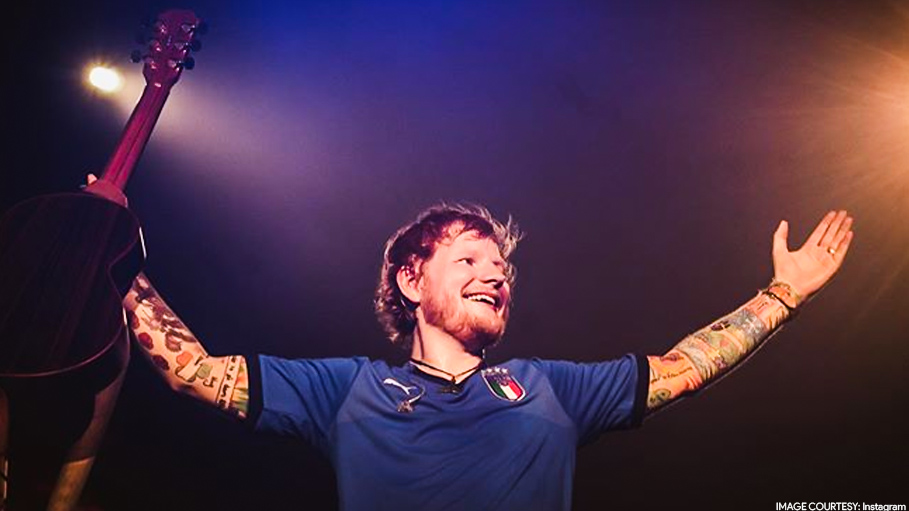 ‘Shape of You’ singer- Ed Sheeran made an emotional announcement that he will be taking hiatus from his long musical journey on Tuesday. He made this surprising announcement during his ‘Divide Tour’ at Chantry Park in Ipswich, England. This is sad news for all ‘Ed Sheeran’ pop fans as they may not get to savour  Sheeran’s melodious music for a few years. We are not yet sure of the duration of his break.

He concluded his tour with the song, ‘You need me, I don’t need you.’ During his announcement, he told the large audience, “I love that you guys are here and we are ending it in Ipswich. This is my last gig for probably 18 months.” He added, “It kind of feels like, in a weird way, that you're breaking up with a girlfriend that you've been with for years.”

There are also reports that the singer is dealing with some legal battles when it comes to his music. There are allegations that Sheeran has copied Marvin Gaye’s 1973 song ‘Let’s Get It On’ and used it for his 2014 song ‘Thinking out loud.’ Structured Asset Sales that owns partial copyrights to Marvin Gaye’s music has apparently sued the singer for $100 million.

Keeping legal issues aside, the singer has plans to enjoy his break time with wife Cherry Seaborn who is a 27-year-old accountant.  Sheeran has made a huge profit amounting to $736.7 according to Pollstar from his tour and he intends to splurge it on himself and his family in his massive estate. He said in his YouTube channel, “I’ve already achieved more than I thought I would, so now I’m just trying to have fun.”

Sheeran has entertained his fans over the years through his melodious songs such as ‘Shape of you’, ‘Perfect’, ‘Thinking out loud’ and many more. His close friendship with Michael David Rosenberg also known by the stage name ‘Passenger’ since he was fifteen would have also influenced Ed Sheeran’s work to a large extent. It has been a long journey for Ed from being a weird kid at school to becoming the world’s best-selling music artist. His hiatus from music comes as a big loss for music lovers who can only hope and pray that he comes back to the music arena with a big bang.