EMURGO Academy is the launch pad of EMURGO Global’s entire education business line in India. The programs have been designed to target the need to upskill or reskill working professionals, under-graduates and freshers. 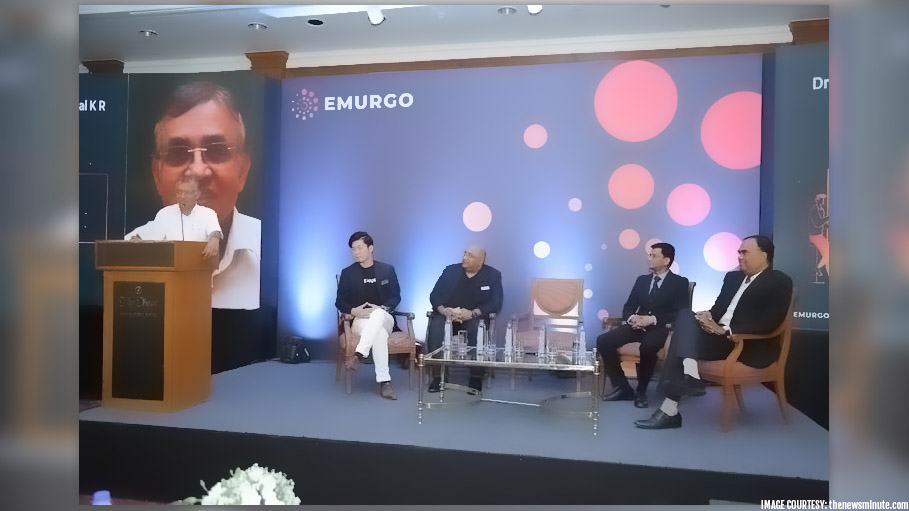 EMURGO, the official commercial and venture arm of the Cardano project, a third generation blockchain, has formally announced its entry into the Indian market with the establishment of EMURGO Academy on Tuesday. Along with local support from Indian Government officials and enterprises, EMURGO Academy will train developers and create blockchain experts to expand the usage of blockchain technology. This is quite in line with EMURGO’s philosophy and mission to drive the adoption of the blockchain ecosystem.

EMURGO Academy is the launch pad of EMURGO Global’s entire education business line in India. The programs have been designed to target the need to upskill or reskill working professionals, under-graduates and freshers looking for jobs using blockchain technology. Interestingly, all working professionals will be required to take a self-assessment test to evaluate their eligibility for the Executive Program while IT programming developers will need a minimum of two years’ of work experience alongside knowledge of Javascript/Python/C or C++. The entire curriculum is based on a hybrid model. It is a mix of online and offline training strategy with SMEs.

The students will also be evaluated, in the process, by CXOs. This will help them understand the type of tools that should be used in a particular architecture, better. Headquartered in Bangalore, EMURGO Academy will expand their base in five other cities – Hyderabad, Chennai, Mumbai, Delhi and Pune over the next 24 months. The training will commence from April 2019 onwards.

Over the past few years, they have been witnessing an ever-increasing demand in the Indian marketplace for blockchain developers and experts. Out of the 4 million IT workforce in India, nearly 1.5 million are based in Bangalore, said K R Venugopal, the vice-chancellor, Bangalore University. He is delighted with the launch of EMURGO Academy in the city and that will provide a platform to connect developers and organizations, enabling them to learn the technology and implement it in their own business verticals. This will definitely open up better and newer opportunities for job aspirants in this field, he said.

The Indian government has narrowed down on adoption of blockchain technology in areas like the land registry, education and health records, and supply chain management.

E Venkatesan, Chief Executive Officer, EMURGO Academy, said that blockchain is gradually becoming a vital social infrastructure, similar to the Internet, and enables a more connected and equitable world. At EMURGO Academy, their vision is to empower all organizations and developers to build global solutions embracing blockchain technology towards a better future. They believe that education is the first step towards fulfilling that vision. They are sure that at least 2,500 graduates of EMURGO Academy’s blockchain courses will go on to be hired in the first year by some of the country’s largest and most innovative organizations, thus serving to meet the gap in demand for quality blockchain developers, he said.

In India, the IT market is one of the biggest in the country with a current market size of $160 billion and projected to more than double to the US $350 billion by 2025. The Indian IT industry employs nearly 4 million workers with nearly half of it being comprised of software developers. Yet, of the 2 million software developers in India, only 5,000 or a quarter of one percent (0.25 percent) possess the necessary blockchain development skills.

Manmeet Singh, Chief Investment Officer, EMURGO, said that India has always taken the lead in the IT domain, whether in Product Development or Management. With the largest pool of talent graduating every year, they see a large potential to train these college students and professional to become Blockchain developers. Their plan is to be present in at least 200 institutions where they see upskilling and teach Blockchain as an opportunity, he said.

Moving forward, EMURGO Academy will launch in other strategic regions across the globe to educate aspiring talents to develop on blockchain and drive the adoption of the ecosystem.