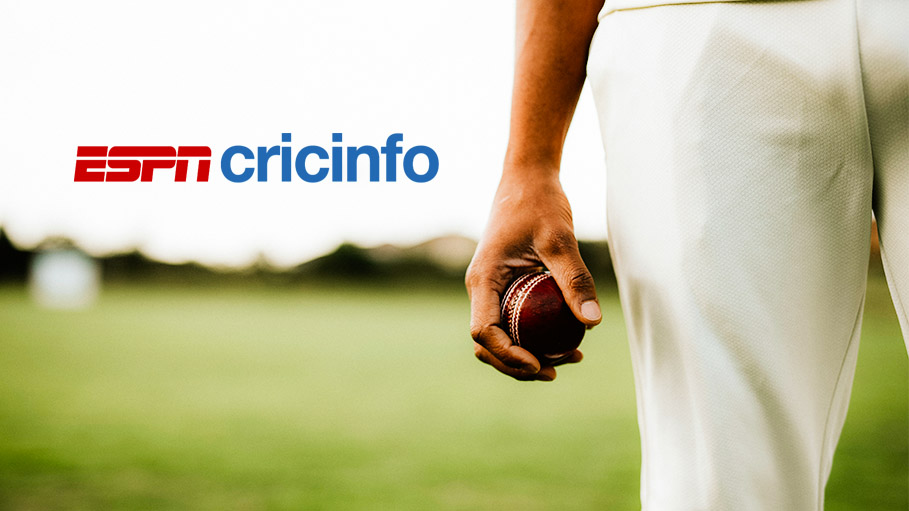 As part of the 25th anniversary celebration, ESPNcricinfo, the go-to digital destination for all things cricket, has created a series of five short films called ‘ESPNcricinfo films’ – exploring gripping tales from the world of cricket. The series covers a range of intriguing topics from the transformation of the game over the past decade including the onset of the T20 format, the fierce rivalry of India and Australia over the years, and the recent cheating scandal in the context of similar ball-tampering controversies over the years. The films will be hosted on ESPNcricinfo.com and the ESPNcricinfo app and will be released every Wednesday over a course of five weeks. The films will also be published natively on YouTube and Facebook.

The five short films are based on stories created using ESPNcricinfo’s powerful storytelling capabilities built over 25 years. The topics deal with issues that continue to be widely debated and have been tailored to appeal to both entrenched fans and those who are less seasoned followers of the game. The stories feature insights from past and present cricket stars, including former New Zealand captain Brendon McCullum and former Australia opening batsman Simon Katich, through to former Australia captain and renowned commentator Ian Chappell. The films take viewers to the grounds of India where cricket meets Bollywood, through to the recent cheating controversy in South Africa, and one of the most anticipated face-offs currently taking place in Australia as they host India.

Lance Peatey, General Manager, Southeast Asia, ESPN said that ESPN prides itself on setting the benchmark for the best sports storytelling in the world, so it seemed a very natural fit to create five ‘ESPNcricinfo films’ to mark the 25th anniversary of ESPNcricinfo. The topics are lively, thought-provoking and relevant to all fans, and launching them across a Test series between Australia and India is very fitting.

Sambit Bal, Editor-in-Chief ESPNcricinfo and ESPN South Asia said that ‘ESPNcricinfo continues to harness the power of storytelling and this time, they decided to expand their cricket-loving unit to filmmakers who are looking at the game from an unconventional lens. They are delighted to introduce this five short films series to cricket fans across the world through our platforms. Going beyond regular cricket updates and analysis, ESPNcricinfo films will engage viewers with compelling, often unknown or previously unseen, narratives that capture the power, emotion and profoundness of cricket.

Ian Chappell, former Australian captain and commentator said that it’s always been exciting to be a part of ESPNcricinfo’s team that delivers such high-quality cricket content for fans around the world. It was a pleasure to work with ESPNcricinfo films and participate in the telling of great stories with a team of experts. He is confident that cricket fans will enjoy these films for both their entertainment value and informative content, he said.

The series debuted with 'The Bollywood Game: Is the Indian T20 League celebrity first and then cricket?' and tells the story of cricket’s transition into the T20 format which has changed the face of the sport over the last decade, with the booming Indian T20 League leading the way. Delving deeper into the steady rise of the Indian T20 League, it tries to answer the question - while cricket was the catalyst for the tournament, is it still the main reason for it to exist?

The series will continue with 'Cheats: Does the gentleman’s game have a problem?', to be released on 28th November which tells the gripping story of how Australian cricket was rocked earlier this year when captain Steven Smith admitted to a premeditated plan to tamper with the ball at Newlands. It dives into the long history of Australian sledging and competitiveness that played a part in causing the meltdown, and what impact has it had on the game and how far back does cheating, or attempting to cheat, go in the sport?

The 3rd film in the series is 'Australia v India: Is this the fiercest relationship in cricket?' To be released on 5th December, as one of the biggest rivalries in world cricket – Australia v India – comes to play again in one of the most eagerly anticipated contests of the year. Every time the two teams have met for a contest, the world has seen stunning performances on the field and also its fair share of controversies. The film attempts to decipher the rivalry – do the two teams and its supporters really not get along or is it stemming only from passion for the sport and the burning desire for victory?

Following this is an interesting take on managing risks and players’ safety, captured in the fourth film, 'Gearing Up: Keeping cricket safe', will be released on12th December. The film looks back at the past when batsmen had little or no protection against some of the game’s fastest bowlers and at the present when the game looks to be ever more accessible and how it manages potential risks?

The last in the series is called 'T20 Rockstars: How does the game adapt to the growth of T20?', being released on 19th December, explores how T20 is changing the game, and if it is for the better or worse. Players are starting to look at T20 leagues as fortune-making opportunities, shunning the other formats, in turn presenting a challenge for the game at large. However, the format is anticipated to only get bigger with a growing audience for the sport. Will cricket just continue to adapt?