Everyone Rescued in Ropeway Incident in Jharkhand’s Deogarh; One Man Falls to Death

Three people were killed and several others were injured when cable cars collided near the Baba Baidyanath Temple in Jharkhand's Deoghar district. 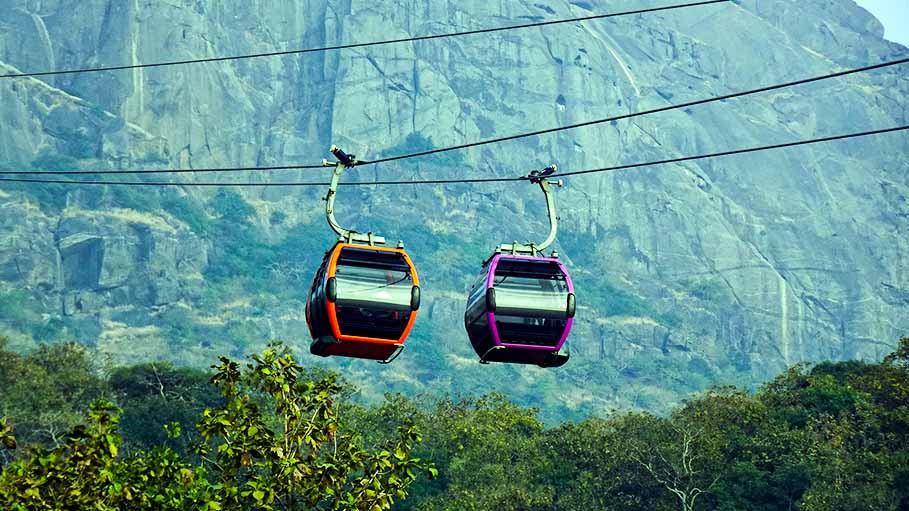 Three people were killed and several others were injured when cable cars collided near the Baba Baidyanath Temple in Jharkhand's Deoghar district.

43 people were rescued from 24 cable cars on the 770 m ropeway to the Trikut Hills.

11 people were rescued on Sunday evening.

During the rescuing process a man could be seen holding the rope that was dangling from the chopper.

Just at the time when he was about to be pulled in, he slips and falls to his death.

The man was from Burdwan in West Bengal.

In total two people fell from the helicopter in two different incidents and died during the rescue efforts.

All the tourists who were trapped in the cable cars for about 40 hours have now been rescued.

The Indian Air Force, Army, the Indo-Tibetan Border Police, and the National Disaster Response Force (NDRF) were involved in the rescue operations.

The exact cause of the disaster is yet to be confirmed.

An inquiry has been ordered into the matter.