Here’s what you must see with V.R. Costa Brava, a destination management firm that provides immersive local and bespoke experiences in Costa Brava 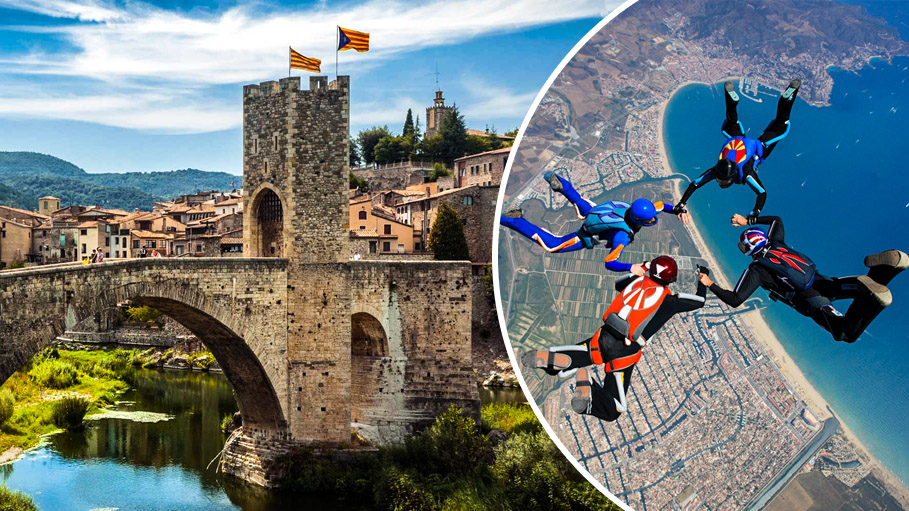 The Costa Brava is a coastal region of Catalonia in northeastern Spain known for its virgin beaches and bays against the scenic backdrop of heavily wooded hills. One of the most stunning coastlines in the country, this unexplored region is only a 2-hour drive from Catalonia’s culture-soaked capital of Barcelona and just a short distance away from some incredible ski resorts. Here’s what you must see with V.R. Costa Brava, a destination management firm that provides immersive local and bespoke experiences in Costa Brava:

Girona - The Largest city of Northern Catalonia region, Girona has museums, galleries, Gothic churches and 16 restaurants which have a total of 20 Michelin stars making it the highest Michelin star per capita ratio in the world, ahead of Paris, Rome or London. Walk along its ancient fortress walls with breathtaking views, lose yourself in the splendour of the wonderfully preserved Jewish Quarter and marvel at the Arab baths dating back to the 11th and 12th centuries. The impressive Cathedral of Girona is a key attraction with Games of Thrones being filmed here!

Empuriabrava – Empuriabrava, the Venice of Spain is located on the coast of the Bay of Roses. Sporting nearly 24 km of canals surrounded by beautiful mansions and villas and 5,000 private jetties, Empuriabrava is the largest residential marina in the world. One of the best skydiving zones in the world, opt for a sunset skydive ticking off the most scenic experience of a lifetime!

Peralada – The village of Peralada is one of the historical centres of Costa Brava known for its architectural heritage coupled with tourist-friendly activities like golf, casino, horse riding, cycle touring and world-class gastronomy. V.R. Costa Brava offers an opportunity to stay at the 11th century Peralada Castle wherein couples can enjoy the grandeur and soak in the romance of medieval luxury!

Roses - The greatest attraction of Roses is the high number and quality of beaches, the hiking routes and picturesque hidden coves in its surroundings. Water lovers can enjoy kayaking, diving, snorkeling, kitesurfing or sailing. The town also has a rich historical heritage which can be found in La Ciudadela military fortress and Trinidad Castle built in 16th century. Explore the natural beauty in the two important parks of Catalonia around Roses - the Cabo de Creus park and Aiguamolls del Empordà (Marismas del Ampurdán) and dine at the Michelin starred restaurants, La Llar and Els Brancs.

Cadaques - A picturesque coastal town with a bohemian ambience, Cadaques is home to the magical beaches of Cabo de Creus, meandering lanes and a gorgeous harbour. Discover the best art by Salvador Dalí at the famous Casa-Museo de Salvador Dali and the vibrant nightlife of Cadaques that never sleeps. With a unique mix of French and Catalan cultures, one can indulge in its laid back vibe and rich culture over a Sangria on the pristine waterfront!

Figueres – The traditional Spanish town of Figueres is famous due to Dali’s legacy, one of the main tourist attractions of this area. The streets are filled with a traditional yet avant-garde atmosphere and are home to some of the best museums including the Dali Theatre-Museum while the coast of Figueres has some of the best beaches along the Costa Brava.

Pals – There is a famous saying that goes like ‘Pals shouldn’t only be visited once, it should be visited one hundred times!’ This holds true as the medieval village of Pals has a remarkable historic heritage with the main attraction being the 15metre Torre de Les Hores (clock tower). Wander through its winding narrow streets up to the gothic church of Sant Pere, to soak up the 360-degree panoramic view of the distant Pyrennes at one end of the valley and the sea with its jagged peaks of the Medes Islands at the other

Begur – Begur’s lovely climate, spectacular coastal scenery, narrow streets and enticing restaurants are some of the many treasures of the glorious Costa Brava. Catalunya is home to several major wine zones in addition to being renowned for its sparkling wine, called Cava. Closer to Begur is the region of Emporda, wherein a wealth of wines are made including rose, Cava, and robust reds and aromatic whites. On your visit here, the Castle of Begur is a must visit!