The US Navy lent Tom Cruise F/A-18 Super Hornets for the new "Top Gun" movie. The only catches: The studio paid as much as $11,374 an hour to use the advanced fighter planes -- and Cruise couldn't touch the controls. 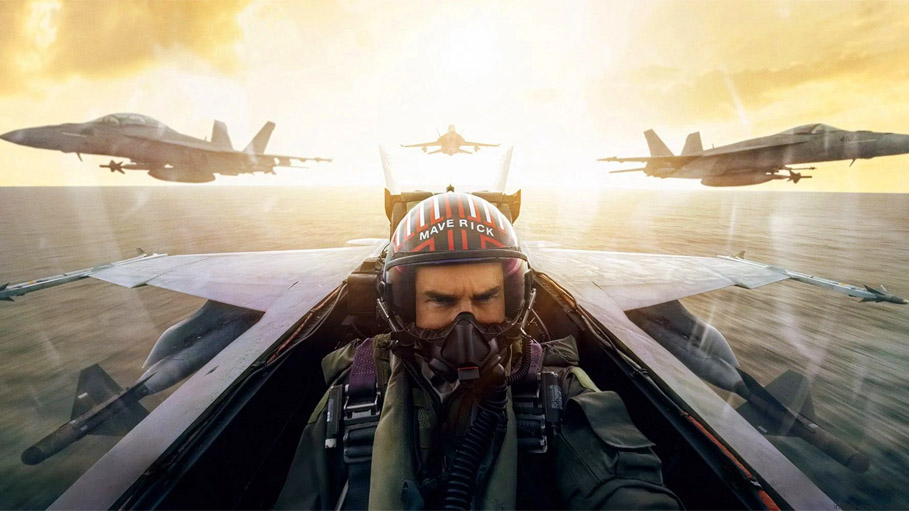 The US Navy lent Tom Cruise F/A-18 Super Hornets for the new "Top Gun" movie. The only catches: The studio paid as much as $11,374 an hour to use the advanced fighter planes -- and Cruise couldn't touch the controls.

The "Mission Impossible" star, famous for performing his own stunts, insisted that all the actors portraying pilots on the long-delayed "Top Gun: Maverick" film fly in one of the fighter jets built by Boeing Co. so they could understand what it feels like to be a pilot operating under the strain of immense gravitational forces.

Cruise ended up flying more than a dozen sorties for the new movie, but a Pentagon regulation bars non-military personnel from controlling a Defense Department asset other than small arms in training scenarios, according to Glen Roberts, the chief of the Pentagon's entertainment media office. Instead, the actors rode behind F/A-18 pilots after completing required training on how to eject from the plane in an emergency and how to survive at sea.

Roberts said the Navy allowed the production to use planes, aircraft carriers and military bases even though he said the real Top Gun pilots aren't the cocky rule-benders portrayed in the film, people who "would never exist in naval aviation." Instead, they're studious air nerds who toil away for hours in the classroom and participate in intense training flights at Naval Air Station Fallon in Nevada, the site of the actual Top Gun school.

A movie "does not have to be a love letter to the military" to win Pentagon cooperation, Roberts said. But it does "need to uphold the integrity of the military." Filmmakers need to have funding and distribution for their project and be willing to submit their script for military review. Although the Pentagon can request changes, Roberts said he wasn't aware of any on "Top Gun: Maverick."

Roberts said that in his years working for the Pentagon's media office, he's never seen the level of excitement generated around "Top Gun: Maverick."

The movie is expected to earn Cruise his first $100 million domestic opening. It could generate about $130 million in U.S. and Canadian ticket sales over the weekend, not including the Memorial Day holiday, according to an estimate from Boxoffice Pro. That would make it one of the biggest movies of the past two years.

Paramount Pictures said in production notes for the film that Cruise created his own demanding flight training program for the movie's young actors so that they could withstand the nausea-inducing rigors of aerial maneuvers and perform their roles with "real Navy pilots taking them on the ride of their lives."

The movie is being released this week after delays due to the coronavirus pandemic. Scenes were shot aboard the USS Abraham Lincoln in August 2018 during a training exercise involving the military's F-35C Lightning II fighter jet, Roberts said. The production also filmed at Naval Air Station Lemoore in Central California.

The Super Hornet, a jet known as the "Rhino," gets top billing in the movie over the more advanced F-35C built by Lockheed Martin Corp. because that's what the movie's script called for, Roberts said. He also noted that the F-35 is a single-seat plane, so the actors couldn't ride in them.

Filmmakers reimburse the Pentagon for any aircraft unless they're already being used in a previously scheduled training exercise or the flight can be counted toward the pilot's required time at the controls. In 2018, when much of the filming for "Top Gun: Maverick" was conducted, the going rate for the jets was $11,374.