The “sleep box” is built in such a way that it emits a very faint light between 6 am to 7 am, when their daughters are about to wake up. 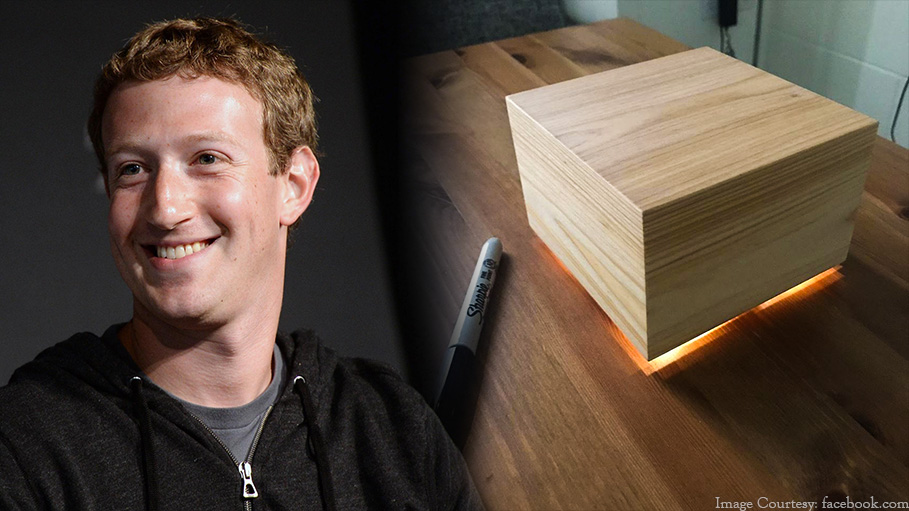 Mark Zuckerberg may be under scanner for not caring about taking important and necessary steps to safeguard, Facebook users data but he is a caring family man, who has recently built a glowing wooden box to help his wife Priscilla Chan sleep better throughout the night without any disturbance as she cares for their two children all day.

The “sleep box” is built in such a way that it emits a very faint light between 6 am to 7 am, when their daughters are about to wake up. The sleep box doesn’t show the time, as it would otherwise stress her and disrupt her sleep.

The Facebook Inc. chief executive officer declared about his new gift to his wife in an Instagram post recently. Zuckerberg added a photo of the sleep box and wrote, “So far this has worked better than I expected and she can now sleep through the night. I am putting this out there in case another entrepreneur wants to run with this and build sleep boxes for more people”.

34 year Facebook CEO also explained, “Since it doesn’t show the time, if she wakes up in the middle of the night, she knows to just go back to sleep without having to worry about what time it is. So far this has worked better than I expected and she can now sleep through the night”.

Dr Priscilla Chan, 33 was born and brought up in Massachusetts. She attended Harvard University where she met Mark Zuckerberg and began dating after their education they married each other. Priscilla gave birth to their first child, Maxima Chan Zuckerberg or Max was born on November 30, 2015. Two years later in August 2017, they announced the birth of their second child called August.

She has been a constant support to Zuckerberg when he was giving shape to the revolutionary social media platform ‘Facebook’ and even today as one of the prominent team member leading the social media giant.

In October 2018, the couple announced their ambitious joint venture, the Chan Zuckerberg Initiative or CZI, which focuses on advancing human potential and promoting equal opportunity for all. The couple says it is important to stay organized and set aside some important time for conversations about business aspects versus family talk time.

Zuckerberg also said at that time, “when we are at the dining table with our kids, it’s not like we’re not talking about what’s going on in our professional lives—that’s weird too, you’re not going to turn things off that are important and emotional—but we try not to go through logistics and details and stuff like that”.

Priscilla Chan also claimed she actually turns to her children’s pediatrician for parenting advice, despite being one herself. ‘I asked our pediatrician, can we talk about work in front of our children. We want them to know the types of issues at CZI, but I don’t want them feel like there is a lot of disorder in the world. The pediatrician’s advice was, it’s fine to have those conversations, just take it to its logical conclusion so they see that conflict gets resolved.’

CZI is one of the best-funded start-ups to date. Priscilla Chan is leading the organisation and oversees the annual budget, which ranges between $700-800 million annually. One of the ambitious goals of CZI is to help prevent, cure or manage all the diseases over the next century.