The world’s largest social network has revealed that it has removed 118 fake accounts, pages and groups from Russia that posted content about politics in Ukraine and other countries in Europe including Austria, Germany, Spain, Ukraine, the Baltics, and the United Kingdom. 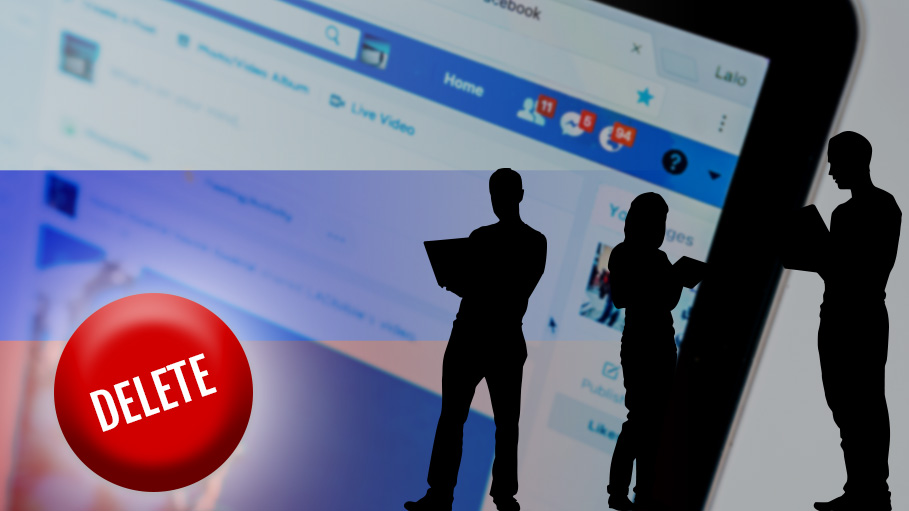 Facebook has removed multiple accounts, pages and groups linked mainly to Russia. The accounts are used to spread misleading information on the social network and its photo service platform, Instagram.

The world’s largest social network has revealed that it has removed 118 fake accounts, pages and groups from Russia that posted content about politics in Ukraine and other countries in Europe including Austria, Germany, Spain, Ukraine, the Baltics, and the United Kingdom.

The move has come at a time when Facebook and other social media giants are trying to curb the use of their network for propaganda purposes in the wake of rising regulatory scrutiny across the world.

Facebook is mainly under tremendous pressure to combat misinformation on its platform after the tech giant found Russian accounts are using its platform to sow discord during the 2016 US Presidential election. Since then, the company has been removing fake accounts that are not only linked to Russia, but also other countries such as Iran, the UK and even the US.

Facebook has also started, a new operations center in Ireland to fight fake news ahead of the parliamentary elections of EU that is going to take place this month. The center is modeled after an election ‘war room’ which the company launched during the 2018 US midterm elections.

In a blog post, Facebook’s head of Cybersecurity policy said, “We are making progress rooting out this abuse, but as we’ve said before, it’s an ongoing challenge. We are committed to continually improving to stay ahead”. Facebook also informed that it has passed the information about the fake accounts to the law enforcement, policy makers and industry partners.

Facebook also revealed that it had discovered two separate operations related to the fake accounts from Russia. One of the campaigns has 97 fake Facebook accounts, pages and groups, which are focused on Ukraine. The fake accounts share posts mainly on the hot political issues such as immigration, religion and NATO.

The fake accounts and pages have more than thousands of followers. Near about 34,000 accounts followed one or more of the fake Facebook pages and about 86,000 have accounts joined at least one of the fake groups. A Facebook page is a public profile which any organization, business, celebrity and others create on the social network, whereas a Facebook group is a place where people who share a common interest gather together virtually to chat.

In March this year, the social media company had removed 2,632 pages, groups, and accounts from Facebook and Instagram, which are directly linked to Iran, Russia, Kosovo and Macedonia for the similar reason.

Walt Disney World Will Have No More ‘Night of Joy’, Facebook Page Deleted