India’s main holiday season -- culminating Saturday with Diwali, the festival of lights -- appears to be giving a much needed boost to demand, with online retail sales to business activity indicators signaling Asia’s third-largest economy is recovering. 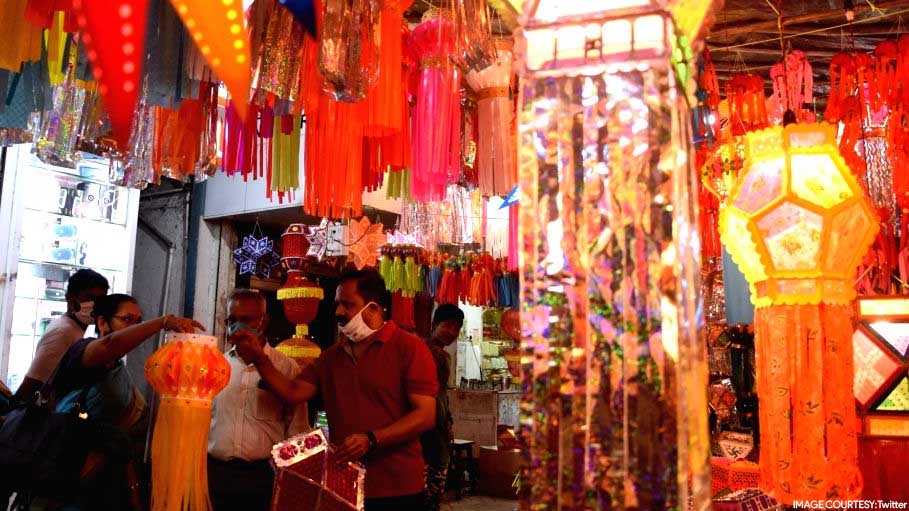 India’s main holiday season -- culminating Saturday with Diwali, the festival of lights -- appears to be giving a much needed boost to demand, with online retail sales to business activity indicators signaling Asia’s third-largest economy is recovering.

In the run-up to the festival, retailers including Amazon.com Inc. and Walmart Inc.’s Flipkart saw a 55% jump in online sales from a year ago to $4.1 billion, according to estimates from consultant RedSeer for the period Oct. 15-21. Data compiled by Bloomberg showed an increase in new vehicle registrations during October, while a separate gauge pointed to a rise in credit card transactions much ahead of the holidays.

That follows improving tax-receipts and activity in manufacturing and services, the primary drivers for employment growth. The gains reflect a gradual revival in consumption, which makes up some 60% of an economy that shrank a record 24% in the April-June quarter and is headed for its worst annual contraction.

“The economy is showing clear signs of improving," Pranjul Bhandari, chief India economist at HSBC Holdings Plc in Mumbai wrote Thursday. “Monthly sales tax revenues have crossed the 1 trillion rupee mark, manufacturing indicators have rebounded, and even sluggish capital-intensive industries have seen something of an uptick."

While India’s hinterland showed signs of leading the consumption revival with demand rising for everything from tractors to personal care products, data from the Federation of Automobile Dealers Association showed overall vehicle registrations across the country jumped in October from a month ago. To be sure, they are still below last year and dealers were building inventories in anticipation of greater demand.

Businesses have been rebounding in the past few months after a shutdown paralyzed activity. The manufacturing sector has been especially eye-catching with a “Z-score" analysis showing India’s purchasing managers’ index expanding at a brisk pace relative to its average. Finance Minister Nirmala Sitharaman boosted the sentiment Thursday by expanding total stimulus to 15% of GDP, including measures aimed at luring new investments.

The Baker, Bloom and Davis economic policy uncertainty index for India has eased from highs in May. The index is based on the frequency references to policy uncertainty in seven major Indian newspapers. The next pulse-check for the economy is due on Nov. 27, when gross domestic product data for the quarter ended September is due.

Credit card transactions in August rose 8% in the lead up to the festival season as Indians geared up to spend more, according to the last data from the central bank. Smartphones were among the hottest items, with a report from International Data Corp. showing the Indian smartphone market alone among the world’s top three see a rising trend in sales in the third quarter.

Still, not all is well. While the middle- and salaried-classes were finding their feet, a vast majority are still struggling. Many small- and medium-sized businesses have shut and large swathes of the informal sector, from hawkers to menial workers, are without jobs. Data from the Centre for Monitoring Indian Economy Pvt. showed the unemployment rate inch up in October.

Millions were reduced to subsistence living in the aftermath of the pandemic-induced lockdown, and the risks remain. A spike in virus cases, subdued investments and a stressed labor market could cause consumption to spiral lower.

“A larger section of Indian households face stretched balance sheets; and the government’s fiscal response remains modest," said Tanvee Gupta Jain, an economist with UBS Securities India Pvt. in Mumbai, adding that demand could taper off after the festival season concludes by mid-November.

President Donald Trump Cries, “I am All Alone in White House”