Fight Not for Being a Black or White

As the groundbreaking analysis of Britain’s oldest skeleton recently revealed that the first modern Britons, who lived about 10,000 years ago, has dark or black skin. 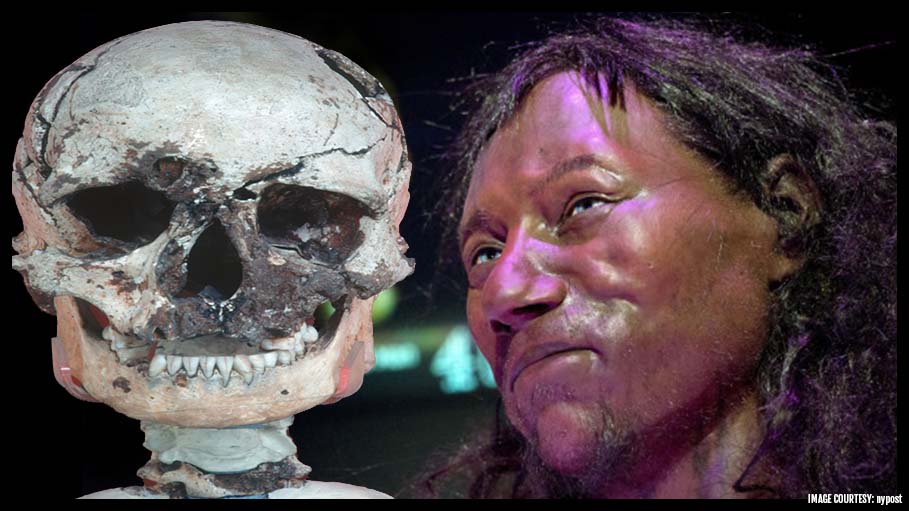 Those who divide the world on the basis of complexion as black or white, this news is a kind of shock for them. As the groundbreaking analysis of Britain’s oldest skeleton recently revealed that the first modern Britons, who lived about 10,000 years ago, has dark or black skin.

The fossil upon which the research is based is known as Cheddar Man and it was discovered in 1903 in Gough’s cave in Somerset. From then on an intense curiosity has built up around Cheddar Man’s origins and appearance because he lived shortly after the first settlers crossed from continental Europe to Britain at the end of the last ice age. The white Britons today can trace their roots back to descendants of these people.

Initially it was perceived that the Cheddar Man had a pale skin and fair hair, but recently his DNA revealed a different picture, which strongly suggested that though he had blue eyes, but a very dark brown to black complexion and dark curly hair.

The discovery, DNA analysis and facial reconstruction by a team of scientists from the Natural History Museum and University College, London proved that the genes for lighter skin became widespread in European populations far later than it is originally thought and it also suggests that a person's geographical origin was not always associated with the color of their skin.

Yoan Diekmann, the lead researcher in the project has said “The Cheddar Man's genetic profile places him in a wider population than England, He belonged to western hunters gatherers from Spain, Luxembourg, Germany there are even traces to the Middle East and today 10% of our ancestry can be linked to this population.”

Although the man lived in the middle Stone Age, before the discovery and development of farming, the research also explained that these men had dogs, lived in small communities and were very sophisticated of their time.

The team that analyzed Cheddar Man was able to extract a full genome set from fragments of his skull, which revealed all this facts. “I first studied 'Cheddar Man' more than 40 years ago, but could never have believed that we would one day have his whole genome”, Chris Stringer, a researcher at the Natural History Museum, said in a statement. “To go beyond what the bones tell us and get a scientifically based picture of what he actually looked like is a remarkable achievement.”

Thus even our first-known modern Briton has a multi cultural background, with a family heritage from African hunters and farmers of Middle East to Scandinavians nomads.

As nomads, wandering was also embedded in his genes. The tribal people who crossed Doggerland as it was later flooded by melting glaciers and led a harsh subsistence existence as hunter-gatherers who migrated with the seasons, fishing with harpoons, hunting red deer and wild boar with spears, and bows and arrows, and foraging for wild food such as hazelnuts and berries.

As the Northern glaciers and ice sheets began to melt, they were flooded out of their roots and traditional hunting grounds and forced on to the higher ground in what is today’s England and the Netherlands during a period known as the Mesolithic Era or Middle Stone Age around 8,000 BC.

Cheddar Man’s ancestors apparently just kept on walking southwest until they arrived in what is today Somerset. There they called a halt to their wanderings.

This nomadic community certainly had the place to themselves. Although ancient humans are known to have lived in Britain far earlier at least 900,000 years ago all previous colonies had died out during a series of ice ages. The population of the British Isles at this time was about 12,000.

Thus, these first true modern Britons were exploring uninhabited territory in the West Country a place they could call their own, sited around an ancient gorge with numerous caves for shelter, fresh water springs and surrounded by dense forests where they lived about 1,000 years before hunter-gathering began to give way to farming.

It is no surprise Cheddar Gorge remains Britain’s prime site for Paleolithic human remains. Cheddar Man was buried alone in a chamber near a cave mouth. As such, the analysis provides valuable new insights into the first people to resettle Britain after the last Ice Age.

The analysis of Cheddar Man's genome - the "blueprint" for a human, contained in the nuclei of our cells - will be published in a journal and First Brit: Secrets of the 10,000 Year Old Man will air on Channel 4 on February 18. To clear all hatred of being Black or White.