The 54-year-old Senator from California is being seen as a potential and strong contender to get Democratic Presidential nomination to challenge present President Donald Trump in the 2020 elections. 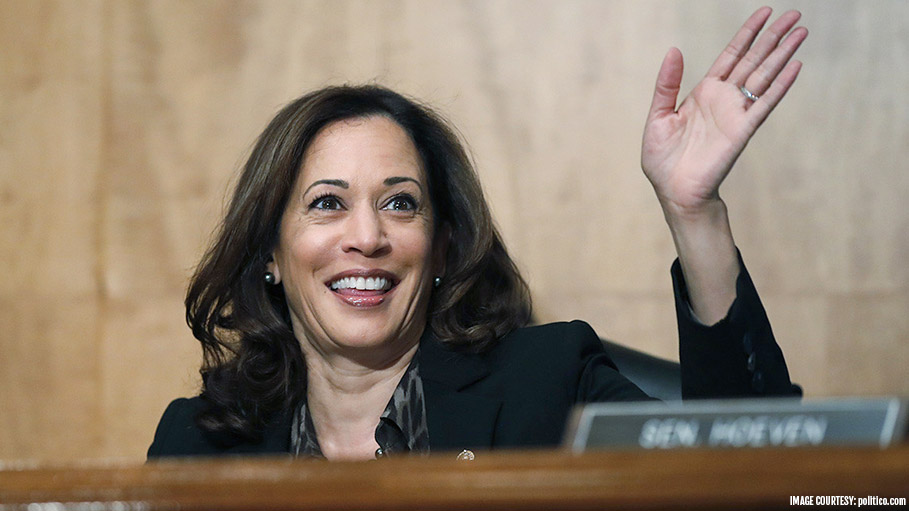 The 54-year-old Senator from California is being seen as a potential and strong contender to get Democratic Presidential nomination to challenge present President Donald Trump in the 2020 elections. “I will make my decision soon, not at this very moment”, she said in a recent interview to CNN.

Kamala Harris has published a new memoir this week and currently on her book tour. Her book “The Truths We Hold: An American Journey” that hit the bookstores recently. Her other book for children “Superheroes Are Everywhere” also hit the bookstores simultaneously.

In an interview, Kamala Harris said she has yet to decide if she will run in 2020, but is certain that the United States is fully ready for a woman of color to be the President of the most powerful country of the world. "I’m not saying that about myself, but I am saying that about the capacity of the American public” Senator Harris added.

She also said, “I will say that we have to give the American people more credit. And we have to understand that the American public and the people of our country are smart people who will make decisions about who will be their leader based on who they believe is capable, who they believe has an honest desire to lead, to represent, to see them, to be a voice for them even if they have no power, and those are the kinds of people who we are as a country”.

She is the first Indian origin US Senator. She was also the first woman attorney general of California. Former US President Barack Obama has also described her as a prominent trailblazer.

She also argued that the American people deserve better leadership than they are under the present President Trump, stating that the recent shutdown over the issue of the border wall with Mexico has thrown lives into chaos. A wall by the US-Mexico border was one of the prominent campaign promises of Donald Trump.

Trump administration requires $5.7 billion to build the wall, while Democrats are refusing to allocate the money, their argument is that the wall would be a costly and ineffective idea. Harris also said, “It is a false choice to suggest that we’re going to hold 800,000 federal workers and all of the services that they provide hostage for this president's vanity project”.

She recently turned up the heat on Trump by blasting at his stubbornness for funding for the border wall, comparing the President’s behavior to how her 11-year-old son might have behaved for his toy train. “Any good parenting would tell you that you don’t listen to those kinds of tantrums and you don't reward that behavior”, she said.

SEE ALSO:
Kamala Harris is Focusing on US Green Card Rules before Presidential Campaign Gets Underway