Former CEO of Starbucks to Contest US Presidential Election

The independent campaign is focusing on attacking the two-party duopoly that has long defined US Presidential politics and therefore Schultz, believes he has the potential to reshape the dynamics of the race. 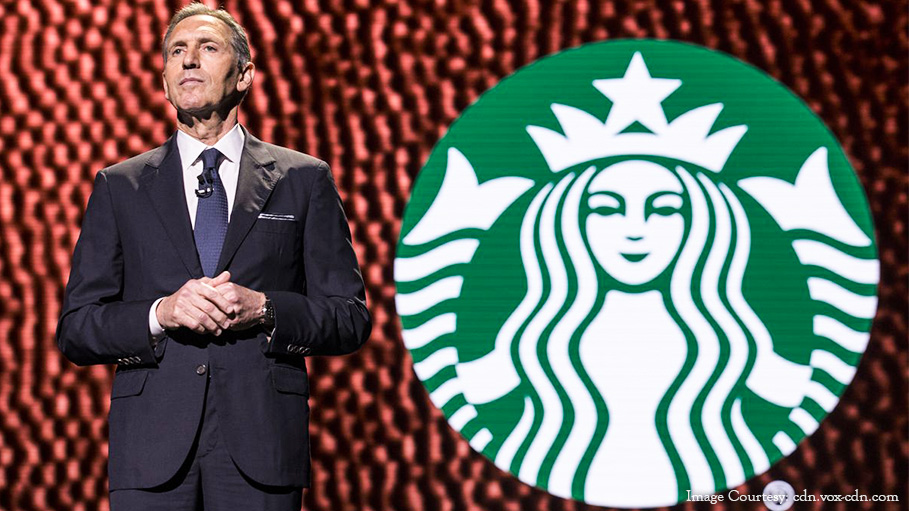 Howard Schultz, a former CEO of Starbucks has declared that he is preparing to launch his independent campaign for the US Presidential election. Though such a move is a matter of concern for Democrats who believe it could help re-elect President Donald Trump.

Howard Schultz, who also describes himself as a Democrat says, “I am seriously thinking of running for president. I will run as a centrist independent outside the two-party system”. The independent campaign is focusing on attacking the two-party duopoly that has long defined US Presidential politics and therefore Schultz, believes he has the potential to reshape the dynamics of the race.

As Schultz says, “We’re living at a most-fragile time. Not only the fact that this president is not qualified to be the president, but the fact that both parties are consistently not doing what’s necessary on behalf of the American people and are engaged, every single day, in revenge politics”.

Meanwhile, Democrats are of the view that a credible third-party candidacy could allow Trump to win in the states, where he could have otherwise lost or pushed a decision during the election to the US House, where Republicans may have an advantage in the number of state delegations they control.

Neera Tanden, President of Center for American Progress and advisor to Hillary Clinton and Barrack Obama in their 2008 Election campaign says, “If this is about principles and not ego, Schultz would help Democrats defeat Trump or run as a Democrat and broaden the debate within the party. Every value he claims to hold dear is undermined by a Trump re-election”.

Julian Castro, Former Housing Secretary who is also running for the President in 2020 as a Democrat candidate said he is concerned about Schultz political decision but praised him for his business accomplishments. Castro said, “I have a concern that, if he did run, that, essentially, it would provide Donald Trump with his best hope of getting re-elected. I would suggest to Mr. Schultz to truly think about the negative impact that might make”. The Washington state Democratic Party also tweeted a photo of a Starbucks coffee cup with the words ‘Don’t do it Howard!’

It is not something new in the US, in the year 1968 a third-party Presidential candidate won individual states, when former Alabama Governor George Wallace picked up 46 Electoral College votes. Though finally, Republican Richard Nixon won that election the third party bids have been blamed for affecting the election results indirectly.