Free ‘Hindi’ Classes at US University by Indian Embassy

The six-week Introductory Hindi Language course is going to begin from August 28 and it will be conducted by Dr Moxraj, a teacher on Indian Culture at the Indian embassy in Washington. 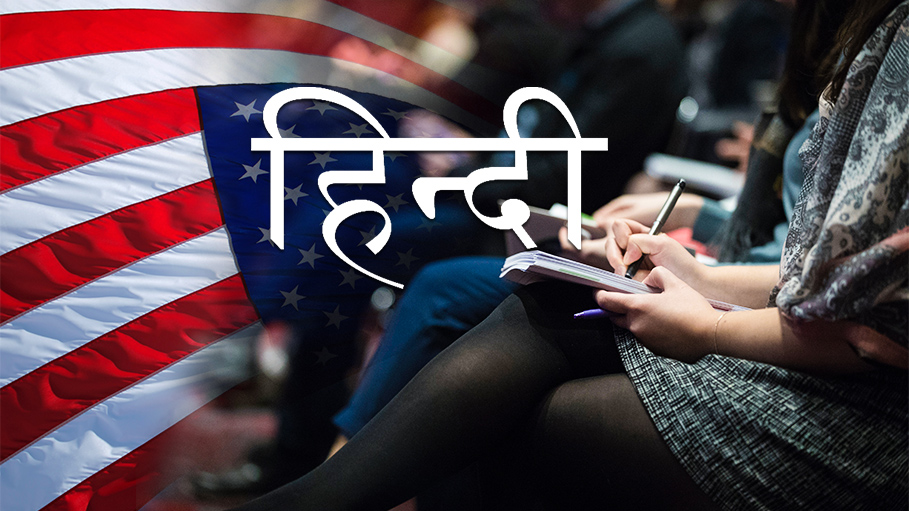 With the aim to promote Hindi language in the United States, the Indian embassy in Washington will soon impart free Hindi classes to the students of the country’s prestigious George Washington University. This has been decided on the basis of the popular demand for the language from the University.

The six-week Introductory Hindi Language course is going to begin from August 28 and it will be conducted by Dr Moxraj, a teacher on Indian Culture at the Indian embassy in Washington.

This is not the first time, that such an initiative has been taken by the Indian embassy. Earlier this year the embassy had conducted free weekly Hindi one-hour duration classes in its premises. The course generated an impressive interest, with 87 candidates from seven countries enrolling for the classes on a very short notice.

Seeing the growing demand, and approach from the University, the embassy started working on this project and thus it will be a reality very soon.

In a letter to the Indian Ambassador to the US, Benjamin D Hopkins, Director and Deepa M Ollapally, Associate Director of Sigur Centre for Asian Studies at the George Washington University said, “This indicates that there is a strong interest in Hindi language learning and encourages us to build on the successful introductory course”.

In the Introductory Hindi Language course at the University, the students will be taught the basic aspects of the language, introducing the alphabet and will be taught to speak in Hindi.

Hopkins and Ollapally further said, “As the Sigur Centre has in the past and continues to support language learning and engagement, we were quite excited to be able to offer an opportunity for students to be introduced to Hindi, a critical language and one that is less commonly taught”.

Both of them are hopeful, that the course will help in laying down the foundation for full credit Hindi courses in the university.

Hindi is the lingua franca of the Hindi belt, which comprises of mostly the North India states. Outside India, Hindi is recognized officially as language mostly in African countries with Indian descendants. Such as Fiji Hindi, which is official in Fiji and Caribbean Hindustani, which is also a recognised language in Guyana, Suriname and Trinidad and Tabago.

Linguistically, Hindi is the fourth most-spoken first language in the world next to Mandarin, Spanish and English.