Last year, the FTC started investigating Facebook after several revelations surfaced including the Cambridge Analytica, a UK political consultancy, which has accessed data of more than 87 million Facebook users. 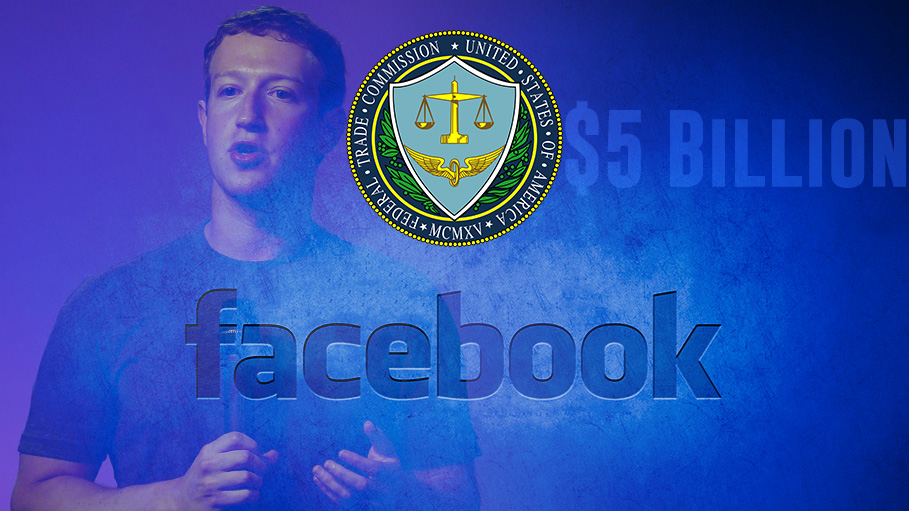 The Federal Trade Commission is soon expected to hit Facebook with a record fine of $5 billion for its alleged involvement in the privacy mishaps, according to a report of The Wall Street Journal, which says that the commissioner has already voted this week to approve the settlement with Facebook.

Majority of the Republican are in favor of the settlement, which cited people are familiar with the matter. The commission voted 3-2 to settle, according to the report of The Wall Street Journal.

The settlement, which is still in the finalization stage and once approved by the US Justice Department’s civil division, it will be a reality. The fine if imposed would be larger than the record $22.5 million fine which the FTC imposed on Google in the year 2012. The FTC and Facebook declined to comment on the issue.

Last year, the FTC started investigating Facebook after several revelations surfaced including the Cambridge Analytica, a UK political consultancy, which has accessed data of more than 87 million Facebook users without their permission from the social media network.

Now the agency is looking into whether Facebook has violated a legal agreement, which it had with the US government to keep the users' data private. Meanwhile, Several advocacy groups and lawmakers expressed their displeasure with the FTC.

President of Public Citizen, Robert Weissman, said the reported settlement would let Facebook off the hook too easily. Public Citizen is a consumer rights advocacy group.

Weissman said in a statement, “An effective settlement would have imposed not just a huge fine, but real restraints on the company going forward, structural reforms and substantive terms to protect user privacy”. He also added that the FTC should have forced Facebook to drop its plans to integrate all its platform like Messenger, Instagram and WhatsApp services, as part of the settlement.

David Cicilline, a Democrat from Rhode Island, in a series of tweets said that the $5 billion fine wouldn’t make Facebook serious and “think twice about their responsibility to protect user data”. In one of his tweets, Cicilline also said, “The FTC just gave Facebook a Christmas present five months early. It is very disappointing that such an enormously powerful company is engaged in such serious misconduct is getting a slap on the wrist”.

While Democratic presidential candidate Elizabeth Warren said that the FTC settlement is a kind of ‘a victory for Facebook’, accusing the trade commission of letting the social network off so easily despite allowing US elections to be influenced improperly.

Warren, who is a Democratic senator from Massachusetts, tweeted, “Just look to the markets. In the first 15 minutes after the settlement was reported, Facebook’s market value went up by more than $5 billion”. She also added, “Facebook made $5 billion in profits in just the first three months of last year. The company is too big to oversee, and this drop-in-the-bucket penalty confirms that”.

Warren has also called for a break up with tech giants like Google, Facebook, Apple and Amazon because she believes they have more power over the society, economy and democracy.

The reported fine would be just a fraction of billions of dollars, which Facebook collects in the form of advertising every year. In its first quarter, Facebook reported $15.08 billion in sales.