Gagandeep is currently the executive director of the Translational Health Science and Technology Institute in Faridabad. The prestigious award is granted by the Royal Society of London Judges. 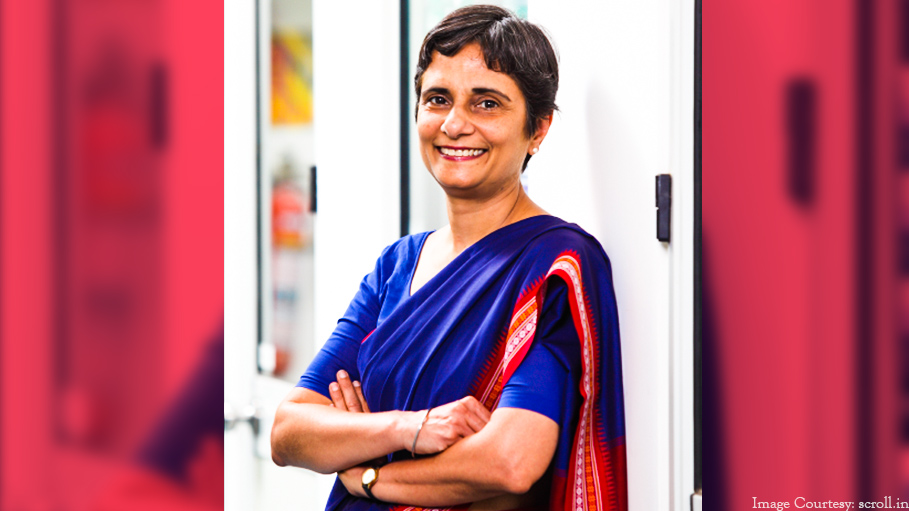 Indian Scientist Dr. Gagandeep Kang has become the first Indian woman scientist to be inducted as a Fellow of The Royal Society (FRS) in London. The FRS award is granted to individuals who’ve made a major impact and made contributions in fields like mathematics, engineering, science and medical science. The prestigious award is granted by the Royal Society of London Judges.

Gagandeep is currently the executive director of the Translational Health Science and Technology Institute in Faridabad. She completed her MBBS from Christian Medical College, Vellore. Union Minister of Science and Technology Dr. Harsh Vardhan described Gagandeep Kang’s induction into the 360-year-old scientific body as a “proud moment for India.”

Speaking of her educational journey in one of her inspiring talks, Gagandeep said that she heard wonderful stories about Vellore through her Uncle who stayed there. She came to learn that the student community had a lot of fun. Besides, she wanted to study in a place which was far from where her parents stayed. This ultimately resulted in her choosing CMC Vellore from her list of options as her educational destination. She stayed in Vellore for 35 years.

Later a fellowship program took her to the UK. Gagandeep says that moving to the United Kingdom and America was a liberating experience as the people she worked with boosted her confidence. They told her that she was good at what she was doing. She admits that this kind of work culture couldn’t be experienced in India and no one told her that she has the potential to do better. Her best learning experience in both these foreign countries was that she could think, read and question. Instead of staying back in America she chose to come back to India. Equipped with new knowledge she knew that she could become the first one to start something new in India.

The scientist eventually came to be known as “God mother” when it came to her contributions to Indian vaccine. She has worked on public health in India since the 1990s. Her area of work primarily focused on vaccines, enteric infections and nutrition in children who belonged to poor communities. She has done intense research and study on the Rota Virus and has worked on creating vaccines against both Rota Virus and Typhoid.

Apart from her, Princeton professors Manjul Bhargava and Akshay Venkatesh have also been elected to the FRS. Through a media release, Professor Venki Ramakrishnan, the president of The Royal Society, said through a media release, “over the course of The Royal Society’s vast history, it is our Fellowship that has remained a constant thread and the substance from which our purpose has been realised: to use science for the benefit of humanity.”

At present, Gagandeep Kang’s prime aim is that she would like vaccines to work better in Indian children.