It is for the first time that a book in any Indian language has bagged the prestigious ‘International Booker Prize’ award. 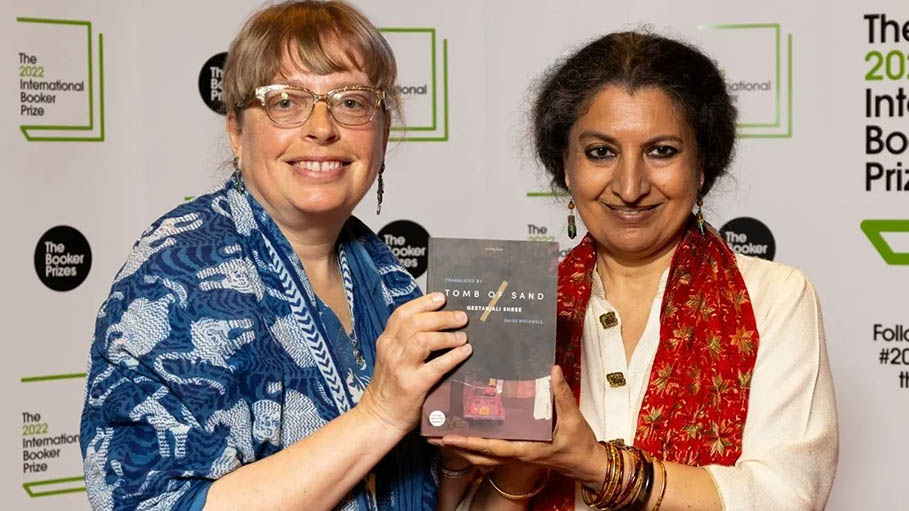 It is for the first time that a book in any Indian language has bagged the prestigious ‘International Booker Prize’ award.

The novel’s name is ‘Tomb of Sand’ penned by New Delhi based author Geetanjali Shree. The award worth GBP 50,000 comes as a huge surprise for the author and she described the win as ‘bolt from the blue.’

The prize amount will be split with the translator of the book Daisy Rockwell.’

‘Tomb of Sand’ originally named ‘Ret Samadhi’  is a tale about an octogenarian from Northern India who falls into deep depression at the death of her husband, however she has a change of life.

She decides to head to Pakistan thereby confronting the unresolved trauma of her teenage experiences of partition.

The novel touches upon issues on what it means to be a mother, a daughter, a woman and a feminist. It also explores borders, countries and cultures.

The booker judges described the novel as a 'joyous cacophony' and an “irresistible” novel.

During her acceptance speech at a ceremony in London on Thursday the winner of the booker prize said, “ I never dreamt of the Booker, I never thought I could. What a huge recognition, I'm amazed, delighted, honoured and humbled.”

“There is a melancholy satisfaction in the award going to it. ‘Ret Samadhi/Tomb of Sand' is an elegy for the world we inhabit, a lasting energy that retains hope in the face of impending doom. The Booker will surely take it to many more people than it would have reached otherwise, that should do the book no harm,” the author said.

The International Booker Prize is awarded every year to translated works of fiction published in the UK or Ireland.

“Tomb of Sand '' is published in Britain by small publisher Tilted Axis Press.