The German government on Friday said it plans to release more than a billion euros in military aid for Ukraine, amid complaints by Kyiv it is not receiving heavy weapons from Berlin. 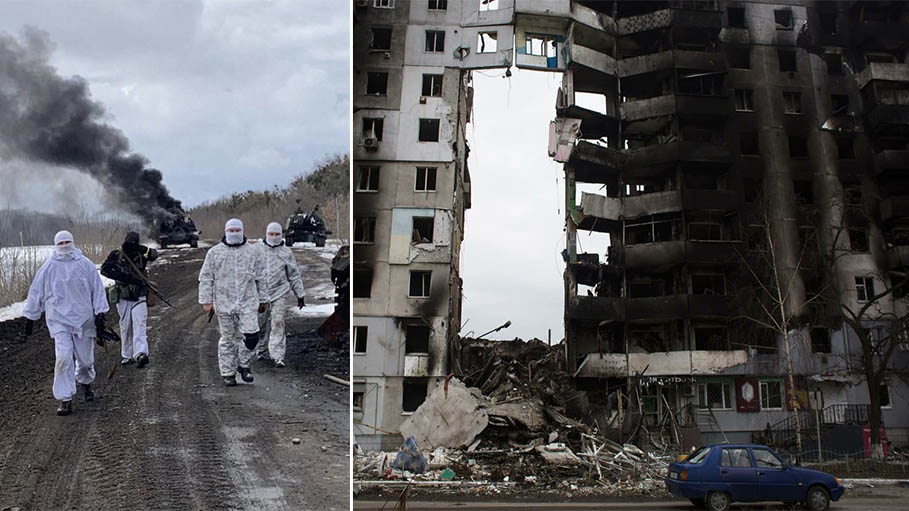 Berlin: The German government on Friday said it plans to release more than a billion euros in military aid for Ukraine, amid complaints by Kyiv it is not receiving heavy weapons from Berlin.

The funds will feature in a supplementary budget for this year.

In total, taking into account all countries, Berlin has decided to increase its international aid in the defence sector "to two billion euros" with "the largest part being planned in the form of military aid in favour of Ukraine", a government spokeswoman told AFP.

The funds must be used by Ukraine to mainly finance purchases of military equipment.

The move follows growing criticism from Ukraine, and some EU partners such as Poland and the Baltic States, of an apparent lack of support in terms of armaments to Kyiv.

Diplomatic feathers were ruffled earlier in the week after Kyiv rejected a proposed visit by Germany's president Frank-Walter Steinmeier, a former foreign minister who recently acknowledged "errors" in a too conciliatory stance toward Moscow in the past.

The Ukrainian presidency instead said it wanted to welcome Chancellor Olaf Scholz to Kyiv, but the chancellor indicated he had no plans to visit anytime soon

The spat came as Scholz faced pressure to step up support for Ukraine.

He has come under fire at home for his hesitancy over sending heavy weapons to Ukraine, despite his dramatic U-turn on Germany's defence policy prompted by Russia's invasion.

Following visits to Kyiv by several other world leaders, including British Prime Minister Boris Johnson and EU chief Ursula von der Leyen, critics asked why Scholz himself was not making the trip.

Ukraine's ambassador to Germany, Andriy Melnyk, said a Scholz trip to Kyiv would send a "strong signal", while the opposition CDU has urged him to "get an idea of the situation on the ground".

Even a member of Scholz's ruling coalition, Marie-Agnes Strack-Zimmermann, of the liberal FDP, suggested in an interview with the business daily Handelsblatt on Monday that Scholz should "start using his powers of direction and leadership".