The wild Getty fire burned down at least five multi-million dollar homes on Monday in one of the wealthiest neighborhoods of Los Angeles. 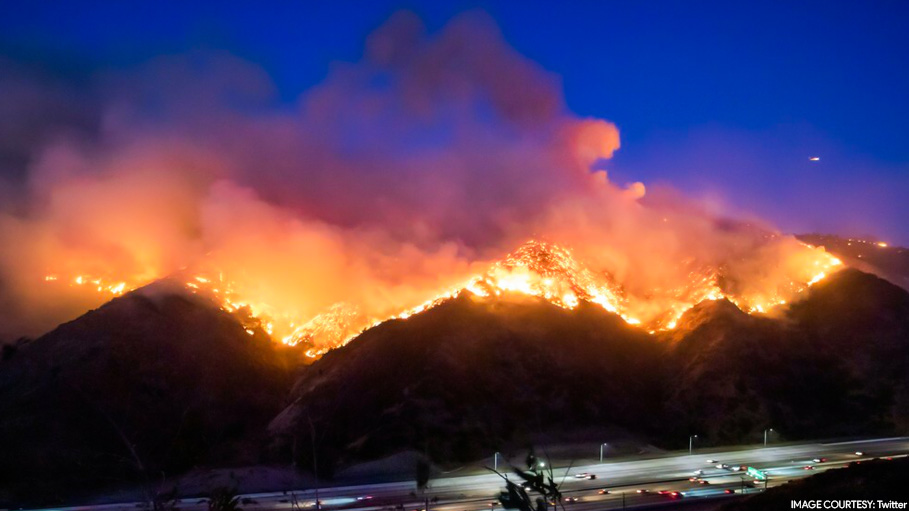 The wild Getty fire burned down at least five multi-million dollar homes on Monday in one of the wealthiest neighborhoods of Los Angeles. Around 10,000 buildings are still in the evacuation zone. The fire started near the Getty Center Arts Complex.

The posh locality of Brentwood is one of the neighborhoods which are under evacuation orders.  Many prominent Hollywood actors and producers reside in Brentwood. This section became into the spotlight in 1994 when famous football star O.J Simpson was accused of killing his ex-wife and a waiter.

Numerous houses that lined Brentwood on the northern edge were reduced to debris that was beautifully decorated with Halloween decorations.

Reports suggest that at least eight homes have been destroyed and five others have been damaged in the wildfire.

Some of the noted celebrities who had to flee the area were NBA star Lebron James, actor and former state governor, Arnold Schwarzenegger.

“If you are in an evacuation zone, don't screw around,” Mr. Schwarzenegger tweeted. “Get out.”

Lebron James said that he and his family which includes his wife and children had to look out for a place to stay early parts of the morning.  At 4: am he wrote on Twitter, “Had to emergency evacuate my house and I've been driving around with my family trying to get rooms.” He later admitted that he finally got room to stay and defined his experience as a “Crazy night man!”

Airplane tankers and helicopters could be seen dropping water.

Reports suggest that strong winds are likely to return on Tuesday fanning the wildfires which will raise the prospect of more fire outbreaks said the National Weather Service.

Multi-million dollar homes being rapidly engulfed by the wildfire validates that calamity spares no one, irrespective of whether one is rich or poor.