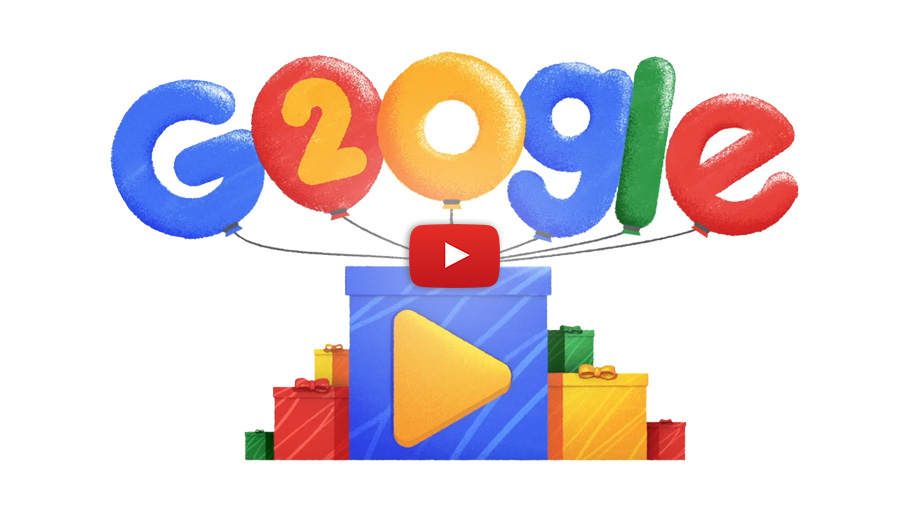 Our very own search giant Google was born today and it is hard to believe that it has been with us for the past 20 years. Responding to our needs, answering to our serious to silly questions, anywhere and every single time! And on such a jolly occasion Google wanted to celebrate its 20th birth anniversary by making a montage of its most popular searches year by year, in a special ‘Thank You’ doodle!

A bunch of colorful balloons attached to a giant gift box, with a play button on it, immediately grabs attention. The animated video kicks off with a question being typed - ‘What is Google?’ on a typical 90s computer set. Gradually it moves on to the noteworthy Y2K, dance step lessons, planetary queries, the royal wedding hype, GIF pronunciation doubts, selfie craze and much more.

The cute video ends on a recognition note featuring the text, ‘Thank you from Google’!

Google celebrates its birthday every year, on the very day of 27th September! Founded in the hands of Larry Page and Sergey Brin, the search engine came into existence in the year 1998.

What started as a research project during 1996, hardly one wondered that someday it would become world’s no. 1 search engine and a prime American multinational technology company specializing in Internet-related services and products.

Sundar Pichai has been operational as Google’s CEO since 2nd October 2015.

Now that Google has passed over its ‘teen’ years, and stepped into its ‘tween’ days marking a new beginning, shall we look ahead to some fresh stuff from the 24x7 active online giant? Let’s ask Google… what say!