“Ms. Ragland is very happy about this lovely news and she looks forward to welcoming her first grandchild,”. 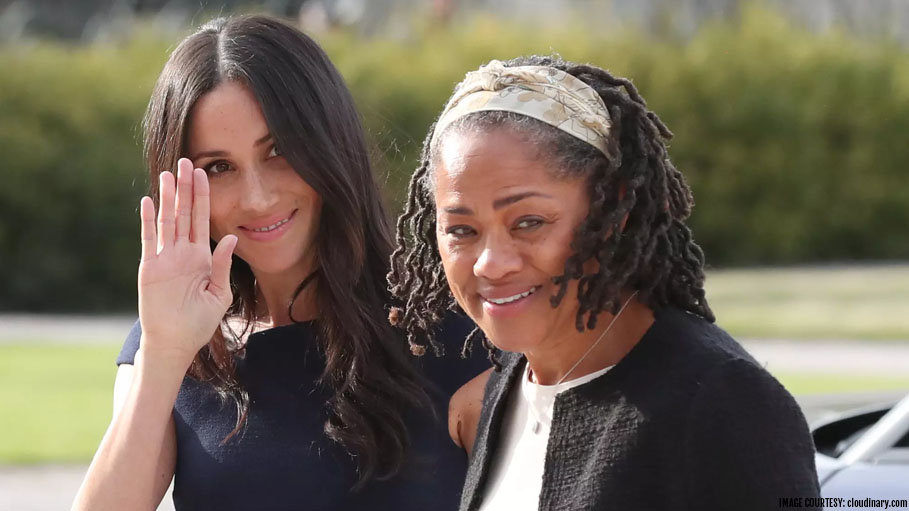 Doria Ragland- Meghan Markle’s mother has arrived in the UK just days prior to Meghan Markle’s delivery date. Meghan Markle is expected to give birth to her Royal Baby in late April. It’s also being said that Ms. Ragland will attend her daughter’s British Baby Shower. When Kensington Palace released a statement announcing Meghan’s pregnancy, Meghan’s mom was all excited. “Ms. Ragland is very happy about this lovely news and she looks forward to welcoming her first grandchild,” the statement read.

As per latest reports, Ms. Ragland will take up her role of being a grandmother diligently however she would not be residing in Prince Harry and Duchess of Sussex’s Frogmore cottage permanently. Rooms in the cottage close to the house where Meghan and Harry’s evening wedding party was held, will be set aside for her.

It’s being said that renovations in Frogmore Cottage has been completed and a source has confirmed Bazaar.com that the couple have left Kensington Palace to move into Frogmore Cottage.

The ‘to-be-grandmother’ is clearly excited about the new changes in the palace and we are sure that Ms. Ragland- a social worker and yoga instructor will do justice as a ‘hands-on-grandmother.’

As the world already knows, Doria Ragland shares a close bond with Meghan and has been on Meghan’s side for all important occasions. She was the only member from Meghan’s family to attend the royal wedding. After the wedding ceremony, Prince Charles escorted Doria Ragland down the steps of St. George’s Chapel. She was by her daughter’s side for her first royal hosting event in September. When Meghan helped in the creation of the publication- ‘Together: Our Community Cookbook’, she accompanied both Meghan and Harry to Kensington Palace to celebrate the publication. The publication was created to benefit those who were affected by the Grenfell Tower fire tragedy.

The news surrounding the baby’s arrival will be kept private. The royal team, however, will inform the public when Meghan goes into labour. The public will also get a glimpse of Harry and Meghan right after the birth of their baby. After a few days, a photo op of the complete family will be arranged on the lawns of the Windsor Castle.

A source has told ‘The Sun’, “She wants to spend as much time as possible with her first grandchild and has come over for a sustained period of time. Meghan also wanted to show off her new house to her mum and the two have been enjoying spending time together.”