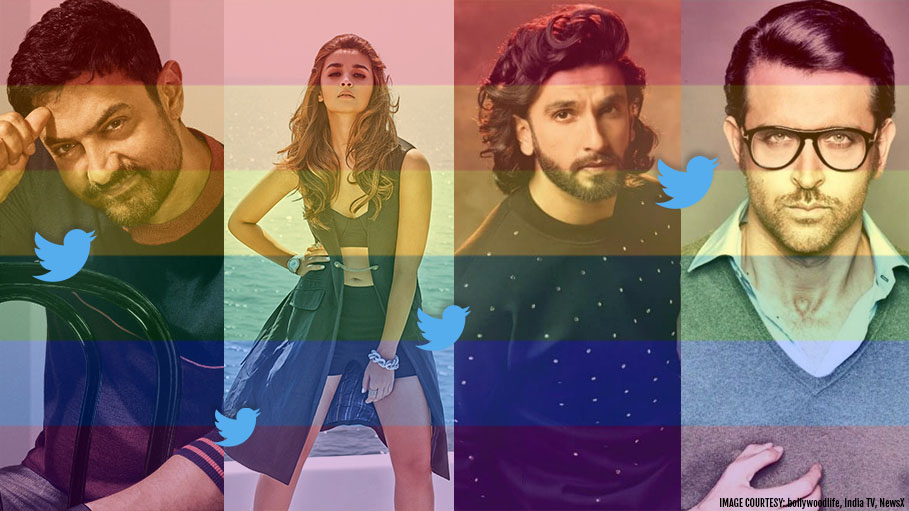 Karan Johar was one of the first celebrities to come forward and react to the Supreme Court’s verdict of abolishing Section 377 in India. Here’s how the filmmaker reacted and how other celebrities followed suit.

Minutes after the verdict came out, passed by a five bench constitution presided over by Chief Justice Dipak Misra, Karan Johar took to Twitter to welcome the big change."Historical judgement. So proud today. Decriminalising homosexuality and abolishing #Section377 is a huge thumbs up for humanity and equal rights. The country gets its oxygen back” said the Director. After the filmmaker reacted to the big news of the day, many celebrities followed the suit. Social media was flooded with some captivating and interesting messages from top-notch celebrities.

Here’s how celebrities and politicians reacted:

"We thank the Supreme Court for its decision to strike down article 377. It is a historic day for people who believe in equal rights for all. The judiciary has done its duty, and now we must do ours."

"So pleased to learn that the SupremeCourt has ruled against criminalising sexual acts in private. This decision vindicates my stand on Section 377& on exactly the same grounds of privacy, dignity &constitutional freedoms."

"Crying tears of joy for the LGBT community. One day there won’t be any labels and we will all live in utopia. This is the India I want to live in. Not one filled with hate, bigotry, sexism homophobia and intolerance. THIS is the India I love."

"Which are the other remnants still keeping our society in the dark ages? #Section377Verdict #evolution"

"It is every human beings inalienable right to live with choosing how he /she wants to.. with dignity and no prejudice. Really happy with this progressive judgment that will be life-altering for so many. #Historicjudgement #Section377"

"RIP #Section377 The new sunshine of this day is that of a progressive India. Love all!"

Gay activists celebrate over the verdict

The verdict made it clear that homosexuality is not a mental disorder and discrimination on the basis of sexual orientation will be considered a violation of fundamental rights. Justice Nariman said that there was no reason to slap a penalty same-sex couples who cause no harm to others. While reading out the verdict Dipak Misra said that “we all have to bid adieu to prejudices and to empower all citizens.”

The LGBT community was absolutely elated on hearing the breaking verdict. There was a euphoric atmosphere in the whole country and for some, the news was still sinking in. As the verdict was announced, gay rights activists didn’t waste any time to celebrate on the lawns of the court. A young activist said that the community has victoriously won the legal battle and now it is time to win social acceptance.

On the other hand, groups like Jamaat-e-Islami Hind expressed disappointment at the verdict. In a statement, they said, “Thus by decriminalising homosexuality and permitting male-male and female-female marriage will destroy the family system and prevent the natural evolution and progress of the human race.” Rashtriya Swayamsevak Sangh (RSS) took a neutral stand to the verdict by saying that they do not consider it criminal yet they do not support homosexuality as it was not in sync with nature and was against social beliefs.

Despite mixed reactions, the Supreme Court’s verdict on homosexuality is declared and hailed as “historic” and for members of the LGBT community; it is the “beginning of a new era.”